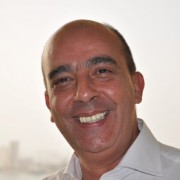 The bank has ditched its legacy system iBank, from Tunisia-based Idee, and Rui Cupertino, deputy chairman at Aman Bank, expects the new system to “deliver significant improvements” and describes it as a “future-proof solution”.

Implementation of Flexcube had began in early 2013 with the plan to roll out to its 23 branches and agencies, and ten mobile branches by the end of that year.

At that time, Eduardo Pinto, COO at the bank, described (with prophetic wisdom) the timescale as “very ambitious”. He was not wrong as the implementation was severely delayed – with no reasons given.

Aman Bank started as a Libyan shareholder company owned by the private Libyan sector. The Central Bank of Libya gave permission to establish private commercial banks and Aman Bank was one of the first banks that started operating when it was established in 2003. It is currenrly majority-owned by Portuguese group, Banco Espirito Santo (BES).

Away from Libya, MKB Bank in Hungary recently announced it is migrating its core banking system to Oracle Flexcube. The bank plans to improve its time-to-market for new products, while reducing operational costs. It was looking for faster processing times in areas such as loan origination, account opening and account processing, as well as a more flexible way of responding to customers’ new product needs.