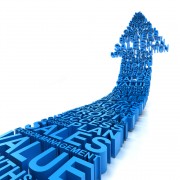 The deal, announced as TSYS reports its full-year 2015 results, will create a firm with that TSYS claims will be the third largest integrated payments provider in the US – according to a pro forma ranking by First Annapolis Consulting and based on 2014 net revenue – and the sixth largest US acquirer based on net revenue. It will also have greater e-commerce and channel agnostic commerce capabilities than Tsys alone, which described its capabilities as “emerging”.

Effective with the closing of the transaction, Mark Pyke, senior executive vice president and president of the TSYS Merchant segment, will be leaving TSYS after six years of service to pursue a new professional challenge in the payments industry. John Shlonsky, TransFirst president and chief executive officer will assume Mark’s duties and responsibilities for the combined businesses at that time.

The board of directors of TSYS has approved the transaction, which is expected to close in Q2 2016, subject to regulatory approvals and other customary closing conditions.