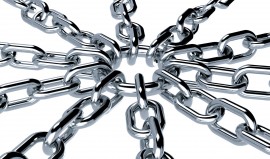 In a new whitepaper, the US post-trade infrastructure provider Depository Trust and Clearing Corporation (DTCC), has voiced its belief that the financial services industry “has a once-in-a-generation opportunity to reimagine and modernise its infrastructure” by employing blockchain in a coordinated manner.

Blockchain is the transaction model used to transfer ownership of crypto-currency bitcoin. It was developed to function in an environment where every participant could be considered a potential bad actor, and without a central ‘hub’ to verify transactions. By encrypting the transfer of a unit of value in a chain of blocks which are checked to verify every subsequent transaction, no fraudulent units can be introduced and discrepancies between two counterparties are impossible.

This creates a system which requires limited or no post-trade processing, for example in the checking for mismatched or duplicated trades, and so could potentially remove a costly and burdensome part of transaction processing. Many firms, including market operator Nasdaq which has a live working model, are working on the development of technologies that mirror this system.

However the DTCC warns that the “unprecedented” excitement that has surrounded the use of distributed ledgers has also generally been uncoordinated and consequently the industry is at risk of “repeating the past and creating countless new siloed solutions based on different standards and with significant reconciliation challenges – essentially a new system with the same challenges we face today.”

To avoid this, the DTCC recommends that the industry should engage in a collaborative “re-architecturing” of its core processes and practices to ensure standardisation, which it believes it is best positioned to support and coordinate.

“As an industry-owned and governed financial market utility with more than 40 years of experience mitigating risk and driving operations and cost efficiencies, DTCC is uniquely positioned to perform this role with absolute focus on the best interests of post-trade processing in a manner that serves the industry, regulators and the investing public,” it writes.