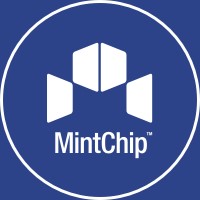 nanoPay is taking Canada another step toward delivering digital currency on a mass scale. Following a selection process of potential companies able to commercialize the MintChip technology platform developed by the Royal Canadian Mint, the Toronto-based fintech startup today announced it was chosen to expand upon MintChip, a digital currency the Mint described as “the evolution of currency that could become the digital equivalent of the [currency] we use every day.” nanoPay acquired all assets of MintChip in December.

MintChip hasn’t been rolled out officially, but it has been used internally by Royal Canadian Mint employees as the predominant way to buy lunch. The limited program, which enabled payments via smartphones at the POS, was successful, according to Laurence Cooke, nanoPay CEO and president.

“[Widespread] deployment of the MintChip platform requires several partners in Canada, including banks, merchants, consumers and businesses,” Cooke tells Pay News. “The announcement today is to officially signal we are engaging in conversations with all these parties [and we] already have partners we are working with. We anticipate making an announcement in February with our initial launch partners.”

How Is MintChip Used?

The MintChip digital currency is stored in the cloud within nanoPay’s infrastructure, which contains hardware security modules (HSMs)—the same hardware used by banks today to complete transactions. Within the HSMs are secure asset stores, or MintChip accounts. Users can access the digital currency in several ways. For example, consumers can load local currency into their MintChip accounts (conversion is 1 to 1) through a MintChip broker, which could be a bank, telco or large retailer. MintChip will be set up similar to a bank account, enabling consumers to transfer money to MintChip in the same way they would transfer money between their existing bank accounts, according to Cooke.

When a consumer wishes to make a purchase using his mobile device at a participating merchant, the consumer selects MintChip as the payment source on his mobile device by tapping his Android device or presenting a barcode on iOS devices at the merchant’s NFC-enabled POS device. The MintChip platform uses what are called value transfer messages (VTM) to transfer value between two parties. Once created, the VTM only can be opened by the intended party. By combining this feature with strong encryption on each VTM means that even if a transfer is intercepted it will be incredibly difficult for someone to hack, and the value can only be used by the intended recipient, Cooke explains.

MintChip has many possible use cases, including P2P transfers, B2B payments, or payments between governments and business or consumers and governments, Cooke adds. Convenience and reduced cost, particularly for cross-border payments, are some benefits for users. Cooke also expects retailers may offer incentives to accept MintChip, which will be cheaper for them to accept than payment cards.

“From the outset nanoPay had a goal of participating in digital cash,” says Cooke. When nanoPay looked at the digital cash landscape, the vast majority of companies were focused on bitcoin and blockchain-based technologies, he explains. “We think that’s always going to have a problem with regulators,” says Cooke, who adds that MintChip was designed by the mint to support compliance of regulatory standards, including AML and KYC rules. “[MintChip] is the beginning of something quite special,” he adds.