The rise of the blockchains: alternative models emerge 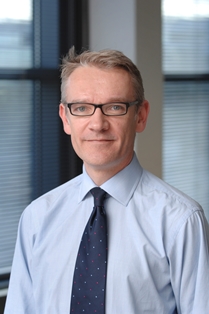 If the global payments industry were to be designed from scratch, nobody would design the system we have today. Distributed ledger technology has the potential to bring about dramatic change – if the industry can overcome the unanswered questions over to what extent it should collaborate or compete and whether there will be one model or many, according to speakers and delegates at the European Payments Regulation conference in London this week.

“The technology works but the training wheels are still on,” said Ken Moore, head of Citi’s Dublin-based  innovation lab. “We are not doing theoretical research, we are building products and services to be used within the next three years. There’s still some uncertainty but we are focusing on use cases in securities settlement, trade, FX and smart contracts. We’ve built working prototypes on 16 different use cases.”

A consortium of nine major global banks and some 20 smaller banks has been working on blockchain and its possible application to financial services under the direction of technology company R3 since earlier this year. While major financial institutions were initially concerned about the technology as it originated with Bitcoin, which drew unwanted regulatory attention, there is now a growing consensus that the technology has outgrown its origins and is now safe to use for other purposes.

“Should blockchain be taken seriously? Yes of course,” said Edith Rigler, an associate at the Payments Advisory Group. “Will it change everything? No. But is there a large range of opportunities? Yes.”

Over lunch, some of the delegates were willing to go further in their praise of the technology than any of the panellists. Away from the main conference area, one  delegate suggested that blockchain could be the biggest change to financial services in 200 years. Another was more cautious, suggesting its role in payments might be to facilitate faster payments  around the world – an approach that some companies, such as Ripple and Earthport, are already putting into practice.

“Blockchain is very good for banks as it will help to consolidate all these ledgers into one,” said Olivier Denecker, senior payment expert at McKinsey. “Back office systems might become much simpler and easier to use and there may be fewer problems with legal entities. Perhaps the regulator will get off the backs of institutions because we can now show them the ledger. But blockchain doesn’t do everything – in particular, it doesn’t come with instructions. So if you send me a blockchain payment, what do I do with it? It will have to be connected with the real economy.”

Denecker added that although there had been some industry collaboration on blockchain so far, most of that work has been at the large, global institutional level, leaving the wider industry still some distance away from widespread adoption. “Two banks using it is great, but if you think of the correspondent banking network, that reaches every bank on the planet,” he said. “We need to do a lot more with blockchain to reach that level.”

Not everyone was positive about blockchain, however. During the panel, one member of the audience objected to the consensus among panellists in favour of blockchain, adding that he didn’t see how it helped to improve settlement, which he felt was the most important issue. Panellist Simon Bailey, director of payments and transaction banking at CGI, responded that some central banks were ‘thinking about’ the impact of moving fiat currencies onto distributed ledger, as this would reduce frictional cost, while  But for fellow panellist Moore, a range of different advantages arising from blockchain:

“Governments are allowing experimentation with blockchain for reasons broader than reducing the friction in payments,” he said. “Yes, they do want to make their national markets more attractive by doing that but there are other drivers. The financial inclusion agenda is one. Blockchain can reduce the burden around AML and KYC in particular. It can help to reduce fraud. At the moment, 6-8% of global payments flow gets lost. That’s worth trillions today. If we use blockchain, we could address that.”

One of the biggest challenges, however, was the complexity of the system and in particular translating advantages at one particular point in the payments chain, to direct advantage for end-customers. While Santander and other banks have produced estimates of the potential billions of dollars in cost savings that could be achieved through blockchain, some members of the audience remained unconvinced of the value of blockchain, if all it provides is a means for financial institutions to pocket the money they saved. Then there is the issue of end-to-end transactions, which may be complicated by factors outside a bank’s control.

“If you can make a transaction go from country A to B in a few seconds, but then you can’t get the money out at the other end due to national regulations differing in each country or due to other bottlenecks, what have you achieved?” said Moore. “Of the 16 use cases we looked at, there are probably no more than two or three where we can materially solve for the customer the cost and risk issues single-handedly at Citi. For the vast majority of scenarios, [blockchain] requires a coalition of the willing to exist, to deliver the full benefit.”

Given the difficulty of getting that coalition together and then operating it on a global basis with all interested parties in full agreement, Rigler suggested that the most likely outcome may be the emergence of separate blockchain models, perhaps based around regional groupings or currencies. For example, a Euro model, a sterling model and a US dollar one.

“It’s hard to get 20 countries to agree anything, let alone to get the entire world,” she said. “Is it feasible that global all banks and regulators will agree? The speculation is that we’ll get regional clubs, and that will help to spur competition. But there will also be fragmentation, and banks will have to decide which clubs to join. In some ways, that means we would be back in the same situation as we are with the ACHs.”

However, Moore was optimistic, and added that blockchain models could also emerge based on different asset classes. Either way, he said, the technological issue is not the problem.

“The point is this is just a technology,” he said. “Like every other technology, I wouldn’t get hung up on how to transfer money between two blockchain models, it’s not that hard to solve. Companies are building agnostic solutions that sit on top. A lot of participants are already envisaging a future where there are many different types of blockchain. ”