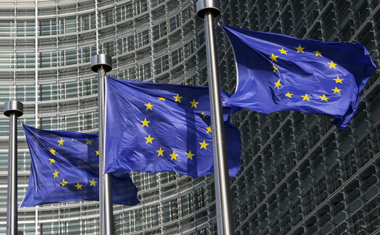 Complying with the European Commission’s Payment Services Directive II is like climbing the massive sandstone bulk of Ayers Rock in Australia – you think you’ve reached the top, and then you realise you still have a long way to go, according to speakers at the recent European Payments Regulation conference in London.

The PSD II is an attempt to create a single EU-wide market for payments. According to the EC, the intention is to make cross-border payments as easy and efficient as national payments within a member state. To do this, the PSD II lays down rules for all payments in the EU and also seeks to improve competition by opening up payments markets to new entrants. It is also intended to support the Single Euro Payments Area, which aims to create a European single market for retail payments.

“This is coming into effect in two years’ time and it’s going to be like Ayers Rock,” said Paul Anning, partner and head of the financial institutions group, Osborne Clarke. “There’s a long way to go. But part of the value is that there are much broader uses for strong authentication, for example, than just PSD II. Making the preparations will serve a longer-term value proposition.”

Participants widely shared the sentiment that PSD II would have a significant impact. One of the more prominent threads of discussion focused on the new entrants into the market which the directive would prompt as part of its competition agenda. According to Christophe Baert, regulatory affairs counsel at MasterCard, there are already many more players in payments than there used to be and PSD II will encourage many more.

“What’s coming is a radical change to the payments landscape,” he said. “Industry-level and UK-level preparations are necessary and will contribute to having a properly planned response. My advice to the audience is to engage with the EBA consultation on PSD II and get involved now.”

Other speakers shared the sense of urgency concerning new entrants and the threat they pose to established business models in payments. The rise of services such as PayPal and AliPay, as well as Apple Pay, Square and others prompted some participants to speak of changing customer expectations, the rise of the Millennial generation and the importance of mobile payments and mobile-based financial services.

“Billions of dollars flow through AliPay per week,” said Michael Salmoney, executive adviser to the board of directors at Dutch payment processor Equens. “You should keep in mind that mobile is the entry point for commerce and payment – it is the key to the user experience. I haven’t seen a bank talking about a gateway strategy the same way as PayPal has. But this is what it’s all about: catching the customer at the entry point.”

Technology is critical, Salmoney added, because in practice any entry gate strategy will inevitably lead to a kind of bank app store based on open APIs. While such a path ‘may not be easy’, he suggested that some form of open API certification may be useful. But taking such a digital-first approach would also require financial institutions to reinvent the way they deal with customer identity, in ways that might be uncomfortable for payments industry veterans.

“The real digital challenge is that we are all merely physical clones of our digital master identity,” said Salmoney. “It may sound a bit extreme, but we have to think that way. Because that is the way the competitors think. Digital identity comes first, the physical identity is just an extension of that.”