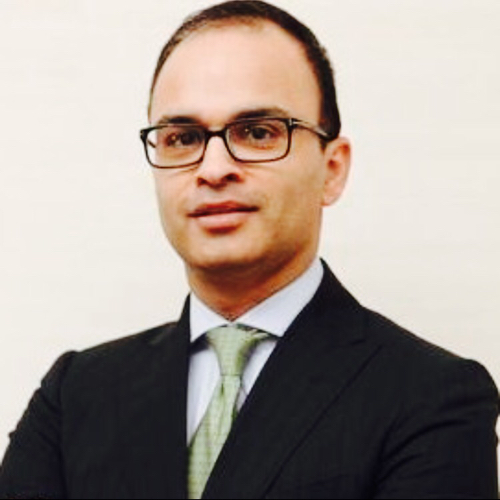 The distributed ledger – the central nervous system of the Bitcoin system – is the most sweeping departure from the long-standing financial bookkeeping practices followed since the codification of the Medici’s double entry accounting system, writes Ajay Vij.

Satoshi Nakamoto, the mysterious creator of the bitcoin, solved a big problem of bookkeeping in a decentralised way. He did this through a distributed ledger called a blockchain. It takes the form of a distributed database, hardened against tampering, against which anyone can verify the validity of transactions. This operates alongside a unique set of monetary incentives (i.e. bitcoins) to encourage network’s owners (the bitcoin miners) to keep the ledger up-to date.

Each bitcoin transaction produces a 64 character hash which miners combine with a previous hash to build a block. The blocks are added in a linear, chronological order, with each block containing a hash drawing or one-time-use character string referring to the previous block. The system is designed to make transactions tamper-proof.

From a financial industry perspective blockchain promises a massive disruption to the world of back office systems and ledgers. The enthusiasm in the banks is palpable; the technology offers a potential to eliminate as much as $20 billion of costs from the financial sector. This will largely come from eliminating complex processes and systems that govern the opaque payments and settlement systems.

Proof of concepts around fraud, regulatory compliance and self-executing smart contracts seem to be non-controversial. The chronological structure of blocks in the blockchain stamps every new transaction thereby verifying against all previous transactions ever recorded. This offers a solution to the slew of regulatory demands around fraud prevention, recording and time stamping all transactions.

However, there is a lack of consensus on which standards and particular revision of blockchain to bet on. For now, the market remains split between two fundamental approaches; private blockchains such as R3 and DAH – known as permissible ledgers – that exploit trusted networks and open ended blockchains such as Ethereum that are closely aligned to bitcoin’s original design principles and applications.

A consortium led approach seems to be emerging amongst large banks given that the ultimate aim of the ledger is to interoperate in a common language. Financial innovation firm R3 announced in September that 22 of the world’s leading banks including Goldman, Morgan Stanley, Credit Suisse have joined its partnership to design and apply distributed ledger technologies to global financial markets. Its Interledger protocol aims to ease cross-border payment settlement friction for global financial institutions.

That blockchain has got the attention of financial world was most palpable at the recently concluded Sibos Market Infrastructure Forum in Singapore. A big announcement there came from Royal Bank of Scotland. Early next year as part of its £3.5 billion technology revamp, RBS plans to unveil its blockchain-based proof-of-concept, made using Ripple technology.

While many in the market are looking at blockchain as a long game, a recent report by Wedbush Securities estimated that 20 per cent of US GDP, which comes to roughly $3.6 trillion, is generated by industries that could be disrupted by blockchain technology. A further indicator of blockchain’s growing popularity is that Deloitte is studying blockchain systems for auditing, reconciliation and other functions. It has partnered with an Australian digital currency trade group to develop new accounting guidelines.

Banks are not the only businesses that are looking at blockchain with enhanced interest. The technology and its resultant benefits have piqued the interest of people on Nasdaq and Wall Street also. To that end, Chain – a start-up funded by Citi Ventures, Visa and Nasdaq – is working on a product that will allow trading of stocks in private companies, like tech start-ups, on a new kind of blockchain. It aims to replace paper share certificates and reduce substantially the time which is spent managing the certificate process.

Use cases are also developing in marginal markets where unified clearing and settlement infrastructure is inefficient or non-existent. Using blockchains to automate debt servicing, insurance, factoring and other labour and verification intensive business processes offers a unique benefit.

A technological arms race seems to be underway between banks – currently every large bank is considering the adoption of the technology. Rival blockchain technologies undermine the technology’s core attribute i.e. system interoperability, a key to unlocking the colossal opportunity for trade, payments and settlement reconciliation to be automated securely across extensive networks without a need for centralised authority. Network effects can easily determine the success or a failure of deployment of blockchain into trade and settlement systems.

Blockchain as a commercially viable technology remains on an unclear path. It is difficult to say where it is going and whether the technology will realise its full potential. However, there is no doubt it is a technology in which the financial sector needs to be a willing and long-term participant if a blockchain solution is ever to make it to fruition.