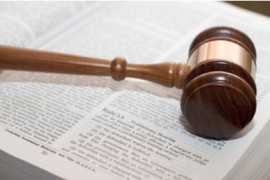 CPMI-IOSCO report progress has been made, but trade repositories still need more work

Just under two-thirds of the world’s leading nations in capital markets have now adopted international best practices, according to a new report on financial market infrastructures, but more work is needed on trade repositories.

The report, issued by international financial bodies CPMI and IOSCO, assesses how well 28 different national authorities had implemented the organisations’ principles for financial market infrastructures, which they published in April 2012.

The Committee on Payments Market Infrastructures is a standard-setting body that is part of the Bank for International Settlements, which itself exists to support central banks and encourage international cooperation. The International Organisation of Securities Commissions is an association of national regulators and stock exchanges.

They found that of the 28 jurisdictions assessed, 16 fully observed the five responsibilities for all financial market infrastructure types; an additional two jurisdictions either fully or broadly observed each of the five responsibilities for all types of financial market infrastructure.

There was also considerable variability in the level of cooperation with other authorities. This was due partly to the fact that many cooperative arrangements are new, but may in some cases also reflect different interpretations among authorities of the expectations in this area, according to CMPI-IOSCO. The two organisations are considering the need for additional guidance.

By the end of the year, CPMI and IOSCO expect to publish an assessment of the completeness and consistency of implementation of the Principles in Australia across all FMI types; this exercise began in April 2015. In addition, the first detailed thematic assessment of outcomes achieved by implementation of the Principles began in July 2015, with a focus on CCPs’ risk management frameworks. CPMI and IOSCO aim to publish a report on the findings of this exercise by mid-2016.