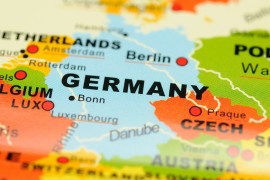 Italian payments company SIA is expanding its P2P service Jiffy into Germany, together with IT firm GFT Technologies. The move is part of SIA’s plan to roll out real time money transfer via mobile phone to 400 million European current account holders.

Jiffy originally launched in Italy in October 2014, and works by linking a phone number to the IBAN code of an account. This allows users to select a recipient from their personal contacts, choose the amount, write a text message (optional) and hit ‘send’. So far it is used by 50 banks. SIA claims that it will create for the first time a P2P payment service which can be easily used throughout Germany. GFT was part of the original Italian launch; however the new deal extends that cooperation to Germany.

“Jiffy has the potential to replace cash transactions among private individuals and is continuously evolving to support new models as for example payments to small businesses like plumbers or house painters,” said Cristina Astore, head of SIA north west Europe. “Starting from last week, Italians can also use this tool to make donations to charities such as the Italian Association for Cancer Research. Jiffy is compliant with the law concerning charitable donations, which enables donors to benefit from tax deduction.”

The Jiffy app is based on the SEPA Credit Transfer, and is designed to work on Android, Apple iOS and Windows Phones. Users will need to be a customer of one of the banks signed up to the service, both on the sending and the receiving end. 13 Italian banking groups currently support Jiffy, covering an estimated 80% of domestic bank accounts in Italy.