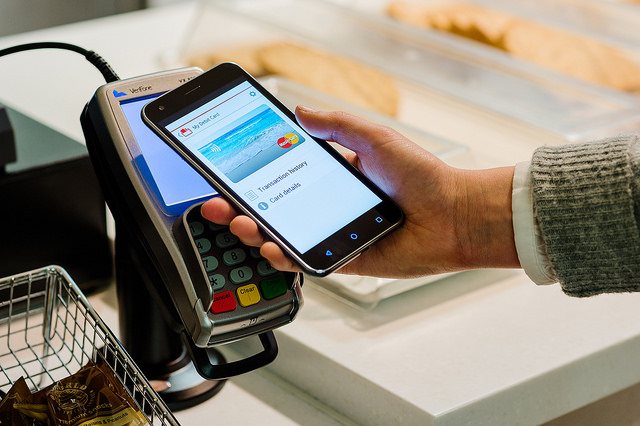 Users of Vodafone’s mobile wallet soon will be able to add their MasterCard-branded payments cards to the wallet app and subsequently make contactless payments via NFC, the European telecom provider announced. Users can load their cards by inputting their card numbers into the wallet app, which is available for Android smartphones. Once loaded, cards can be used to make in-store payments via NFC, with larger purchases enabled with a four-digit PIN.

Vodafone Wallet is currently is available in Germany, Hungary, Italy, the Netherlands, Spain and the U.K. In March, Vodafone added compatibility for all bank-issued Visa-branded payment cards. Previously, the app enabled users to manage loyalty programs and make in-store and P2P payments using the Paybefore Award-winning Vodafone SmartPass, a prepaid account with companion Visa card. The wallet is part of an initiative between Vodafone and Visa to extend NFC mobile payments to 400 million users in 30 countries. Compatibility with Visa- and MasterCard-branded payment cards could help Vodafone Wallet compete against Apple Pay, which launched in the U.K. in July and is eyeing further expansion in Europe—though Apple has run into resistance from some European banks over transaction fees.

In other MasterCard mobile payments news, the payments network is working on developing a standard technical specification to make it easier to integrate retailer loyalty programs with bank-provided mobile payment apps. The program will enable mobile apps to link payment, promotions and rewards redemption seamlessly; customers can select their loyalty cards and coupons they want to redeem and make a contactless payment—all within the mobile app. MasterCard will demonstrate the initiative at the CARTES Secure Connexions show in Paris this week.