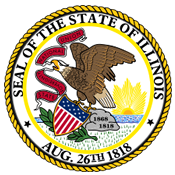 The federal court in Illinois denied the financial institutions’ motion for class certification without prejudice and without comment, stating only that the financial institutions’ motion for class certification was being struck in light of the Seventh Circuit’s recent decision in Damasco v. Clearwire Corp., which overturned circuit court precedent by ruling that a defendant’s offer of full relief does not render a plaintiff’s claims moot, and thereby revived a plaintiff’s individual claims in a suit involving the Telephone Consumer Protection Act.

The issue of whether cases and class actions are mooted by offers of complete relief is the current subject of a circuit split and is scheduled to be decided by the Supreme Court later this year.