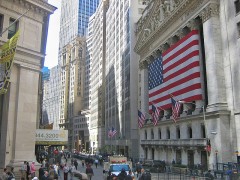 Global regulatory body the Financial Stability Board has released two guidance papers which aim to solve the too-big-to-fail scenario and prevent a re-run of the financial crisis by promoting the resolvability of systemically important financial institutions.

In the two guidance papers, the FSB has set out statutory and contractual mechanisms that it says national governments should consider using, to make cross-border resolution work more smoothly. It has also released guidance promoting cooperation and information sharing between crisis management groups and national governments or regulators from countries where the financial institution is systemically important. The FSB is emphasising that cooperation has to go beyond the membership of the crisis management group for resolution to work effectively.

“Cross-border resolution planning has come far from the state that existed in the wake of the global financial crisis,” said Elke König, chair of the European Union’s single resolution board and chair of the FSB resolution steering group. “The results from the first round of the Resolvability Assessment Process that home and host authorities of globally systemic banks have completed this year have shown that we have more work to do before we can claim that such firms are truly resolvable. The consultations and final guidance will provide practical orientation in some of the areas where we identified impediments to resolvability, and are part of our continuing work within the FSB to insure that our resolution plans can be implemented in a timely manner and with certainty.”

The consultation papers released by the FSB are open for comment until 4 January 2016.