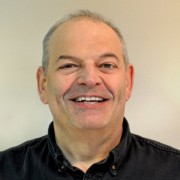 Northey: there is a need for better order routing and market data

Non-profit organisation the FIX Trading Community has started posting its projects on developer repository GitHub, as part of a drive to get all of the important resources freely available in one place using a single sign-on. The move was done to encourage wider access and to speed up the development of standards for high-performance trading applications.

According to the organisation, a standard, complete modern high performance interface for venues will promote ‘fairness, lower costs, and should lead to quality and reliability improvements’. FIX’s High Performance Working Group has posted two projects on GitHub already, which can be accessed by developers using open source licences:

Additional encodings of FIX, such as FIXML, Google Protocol Buffers, and ASN.1 will also be made available via this open process. An open process, based upon widely accepted open source licenses, was identified by FIX as the best way to complete the design, implementation, and launch of its high performance technical standards.

“We realised that while standard FIX is highly performant, there is an additional need for a high performance interface for order routing and market data to support the modern trading venue,” said Jim Northey, principal consultant and industry standards liaison, CameronTec and co-chair, global technical committee, FIX Trading Community. “This need is currently being met with varying levels of success and completeness by a myriad of proprietary protocols. Our goal is to provide a FIX based standard, including an open source reference implementation, that fully meets the requirements of the modern execution venue. The Simple Binary Encoding and the new FIX Performance Session Protocol, both of which build upon the collective experience of the market place, are first steps in meeting this need.”

All of the FIX projects allow free public access, and provisions are made to gather feedback from all developers. The FIX Protocol specifications are licensed by Creative Commons Attribution-NoDerivatives 4.0 International License that allows users to copy and redistribute the documents. Open source implementation code is licensed under Apache License, Version 2.0, which allows developers to freely use, modify and redistribute code.

FIX is a messaging standard developed 20 years ago as a way to achieve better communication between the buy-side and the sell-side and the exchanges. Proponents of FIX argue that it has transformed trade execution and helped to promote a shift towards real time performance measurement.

At the end of last year, FIX Trading Community combined all its high performance trading and market data initiatives into a single working group, ‘emphasising the importance that high performance has in the FIX family of standards’.