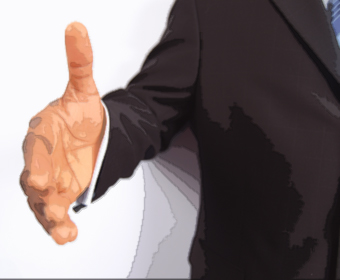 Trust in financial services institutions  is a perishable commodity

Trust – or more often, the lack of it – has become a recurring theme in financial services over the last few years. But if financial institutions really wanted to rebuild trust, they might start by looking at some of the safety improvements made by other industries such as the aviation industry, many of which rely on data, according to speakers at the Mondo Visione exchange forum in London.

“Events like the fines by the SEC, the failed BATS IPO – these are all symptomatic that finance lacks the tools it needs,” said Denis Ignatovich, founder at Aesthetic Integration. “Any change to code can change the behaviour of an algorithm. And these codes can be thousands of characters long.  Changing a single character, such as a plus to a minus, could totally change its behaviour. Unless there is complete oversight over every single line of code, how can there be trust?”

Securities market crashes such as the Flash Crash of May 2010 linger long in the memory of many market participants. A glitch caused by algorithms feeding off each other, this event resulted in a temporary $1 trillion collapse in the US stock market. Other incidents in the years since have often shared a common theme, namely the failure of advanced trading technologies. The demise of broker Knight Capital in a $440 million loss in 2012 is yet another example of the same. Incidents such as the Libor scandal have also undermined trust, as have technology-related failures such as HSBC’s fine for AML breaches, among others.

One possible line of attack in response to these problems is to focus on improving the quality and availability of high-quality market data. According to Stu Taylor, chief executive at Algomi, validating the data to establish facts can be a good starting point. For example, being able to confirm that a bond is traded five times a year can help boost trust. However, the infrastructure of data in the market is still a contentious issue, particularly given that numerous exchanges and other businesses earn lucrative revenue streams charging for market data. “Information is not going to be shared equally as there are vested interests, and not all participants are equal,” admitted Taylor.

Other participants called for the financial services industry to take inspiration from entirely different business sectors, such as aviation. “One way [to improve trust] is to look at adjacent industries, for example the aviation industry,” said Ian Salmon, market structure specialist at Accedian Networks. “Time-stamping data is key, because certainty in establishing a chain of events is essential to establishing the causation behind it.”

While there may be much talk among the IT vendor community about replacing legacy systems at banks and other major financial institutions, not everyone is convinced that technological change alone is the answer, particularly given that some of these older systems necessarily hold a role in companies’ risk management capabilities. “Everyone is excited about getting rid of the back office, but what is your risk when you’ve done that? You need to know what your risk is at all times,” said Ignatovich.

The elephant in the room may be distributed ledger technology. The distributed ledger creates a near-indestructible record of account, allowing transactions (for example) to be tracked with great accuracy. Some participants suggested that the back office will rely on distributed ledger technology in five years’ time. If this is correct, the argument would then be about verifying all data across each business division and financial institution, a task that may well take many years to complete. Still, some of the panellists were willing to take a more cynical view, and pointed out that trust has always been an issue and will likely continue to be so for the foreseeable future.

“If people trusted each other then there wouldn’t be financial services,” said panel moderator Alderman Professor Michael Mainelli, executive chairman at Z/Yen Group. The key, in that case, may simply be to ensure that trust levels are as high or higher than in other comparable industries.