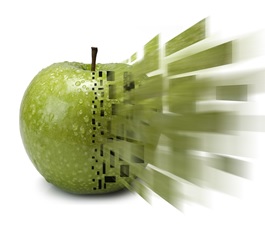 Apple Pay launched a year ago and by some estimates, it’s not a success yet. At Money20/20 this week, Phoenix Marketing International released data from a new survey that suggests Apple Pay’s growth rate has slowed in recent months. In February 2015, of 3,000 eligible consumers Phoenix Marketing surveyed, 11 percent said they had linked a payment card to Apple Pay. By September 2015, the number of respondents who’d signed up for Apple Pay rose to only 14 percent, signaling a weaker growth rate.

The data caused some payments industry executives at Money20/20 to grouse that Apple Pay has failed to meet the frothy expectations accompanying its debut. But one analyst argued that it’s still very early in the m-payments game. “A year is not very long for adoption of any kind of payment type,” said Eric Grover, a principal with payments analysis firm Intrepid Ventures, noting that it took years for debit cards to catch on widely. “Anyone who thought Cupertino [Apple Inc.’s headquarters] was going to conquer the planet with Apple Pay in 12 months was being wildly unrealistic,” he tells Paybefore. What’s more, only a fraction of all Apple handset owners have yet to receive an Apple Pay-compatible iPhone 6 handset, he adds.

Apple Pay so far is meeting or exceeding the expectations of companies directly involved with it, according to participants, who spoke during a Money20/20 panel. Wells Fargo & Co. has seen “increasing usage” of Apple Pay among its customers and overall positive results, said Braden More, head of payment strategy at the bank.

Ian Drysdale, executive vice president of business development for U.S. Bank’s Elavon, a major card processor, echoed that theme. “Apple Pay has been a success for us . . . it’s greatly increased card usage and merchants are asking for it,” Drysdale said.

Best Buy Co. Inc. had “modest” hopes for Apple Pay, and the company’s experience with the m-payments service is right in line with those expectations, said Mark Williams, Best Buy’s president of financial services.

But panelists agreed that Apple Pay now faces serious competition from alternatives, including Android Pay, Samsung Pay and MCX’s CurrentC, which will go live in mid-2016 with support from JPMorgan Chase & Co.’s Chase Pay. Best Buy, for one, plans to support multiple m-payments options. “Consumers will decide which is the optimal service,” Williams predicted.