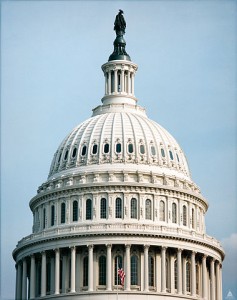 Rep. Scott Tipton (R-Colo.) spoke about Dolores from his district in Pueblo, who wrote to him about how her prepaid card has helped her put food on the table and pay utility bills. Rep. Tipton used the personal anecdote during the CFPB’s Semi-Annual Report to Congress Tuesday to underscore how important a prepaid credit feature is to consumers.

“I am concerned that the lack of understanding of how [GPR prepaid cards are] used by folks back home will lead to [the elimination of overdraft],” Tipton said. “What are the CFPB’s plans to make sure consumers like Dolores continue to have access to overdraft?

CFPB Director Richard Cordray, the featured witness during the hearing, said the bureau’s pending rulemaking is intended to create consumer protections for credit and overdraft, which the bureau classifies as credit under Regulation Z. Cordray said the bureau is still “working through the issue” of whether prepaid cards offering overdraft protection should be treated like credit cards. “We got a lot of comment on that going both ways, so we’re working on that.”

Rep. Tipton also expressed concern that the CFPB’s regulation of prepaid cards could harm the popular Direct Express program, which is used by the federal government to distribute supplemental security income, Social Security and other benefits. Citing Treasury statistics, Rep. Tipton added that more than 5 million recipients have enrolled in the program. He also said it costs $1.03 to issue a paper check and only 10.5 cents to use electronic [methods] like Direct Express. Yet, the CFPB has proposed a rule requiring disclosures to all recipients stating they don’t have to accept the government benefit card, he said. “My question is, it’s popular and it seems to work: Is this new policy going to create some disharmony and actually dis-incentivize people from being in the program?”

Cordray acknowledged that prepaid cards at every level of government provide a safer means of payment to recipients compared with paper checks. But he said he didn’t think the bureau’s prepaid rule would affect government programs.

Although Cordray also characterized prepaid cards as unregulated during his testimony—something the industry vehemently disputes—consumer complaints related to prepaid cards continue to represent less than 1 percent of all complaints the bureau receives.

On the same day as the hearing, a letter was sent to Cordray signed by more than 40 lawmakers urging the CFPB to “avoid imposing overly burdensome restrictions on providers that would prevent them from meeting the growing and diverse consumer demand for innovative prepaid products.”