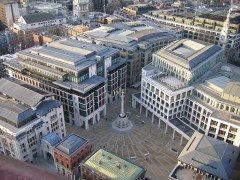 Backed by the LSE and banks, CurveGlobal is due to launch in Q2 2016

The London Stock Exchange Group is planning to launch a new interest rate derivatives venture called CurveGlobal, which initially aims to offer short term interest rate futures. Backed by several banks including Bank of America Merrill Lynch, Barclays, Citi, Goldman Sachs, JP Morgan and Société Générale, the new venture is part of the exchange’s long-held ambition to gain traction in the derivatives markets, which have historically been dominated by rivals in continental Europe.

CurveGlobal is expected to go live in Q2 next year, and promises to offer lower transaction costs. Its launch is being timed to connect with clearing house LCH.Clearnet’s recently-announced interest rate portfolio margining service, which is expected to go live in Q1 2016. The new venture, which is really a joint venture between the exchange, the named banks and the Chicago Board Options Exchange, will operate on an open access basis.

Initially, trading will be in  short term interest rate futures in euribor and short sterling and long term interest rate futures in bund, bobl, schatz and gilts. Additional products are expected to be rolled out following the launch phase. All products on CurveGlobal will be traded via the London Stock Exchange Derivatives Market and cleared through LCH.Clearnet. The LSE is investing £9.5 million in the project; the remaining £20.5 million of financing will be provided by the banks and the CBOE. The LSE says it will initially hold a 31.7% share but will reduce that to 25% by bringing in more shareholders.

“Rate markets have undergone considerable change in recent years, and market participants are under ever-increasing cost pressures,” added Michael Davie, chairman at CurveGlobal and current COO of LCH. Clearnet. “Customers want to safely manage risk and to maximise efficiency which the compelling combination of CurveGlobal and LCH.Clearnet’s portfolio margining will deliver.”

The UK is now home to a growing 27 Islamic fintechs, beating numbers in Malaysia, Indonesia and the UAE, according… twitter.com/i/web/status/1…

.@Google has revealed a flurry of its bank partners ahead of the 2021 launch of its bank accounts via @GooglePay fintechfutures.com/2020/08/google…