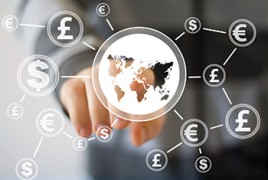 At the third international conference on financing for development in July, World Trade Organisation (WTO) director-general Roberto Azevêdo said major gaps existed in the provision of trade finance, particularly in Africa and Asia. The unmet demand for trade finance in Africa is valued at between $110 and $120 billion, he said. In Asia, the figure is as high as $1 trillion.

Bridging the gap in Africa would “unlock the trading potential of many thousands of individuals and small businesses across the continent. The smaller the business, the bigger the gains”, while in Asia “all too often, opportunities for growth and development are missed”, he said.

At present, businesses are deprived of the fuel they need to grow and industry is prevented from leveraging trade’s full power as a source of development.

Global and local banks play an important role in supporting international trade through a wide range of trade finance products, including the long-established letters of credit (LC) and more recent bank payment obligation (BPO) and supply chain finance (SCF) products. It is difficult to estimate how big the global trade finance market is. The Bank for International Settlements’ Committee on the Global Financial System estimated in January 2014 – drawing on a variety of sources including Swift data – that globally, a flow of some $6.5-8 trillion of bank-intermediated trade finance was provided during 2011, of which around $2.8 trillion was in the form of LC. Taking into account that some trade transactions may be supported by more than one trade finance product, the Group estimated that about one third of global trade was supported by one or more bank-intermediated trade finance products. The remainder was financed by inter-firm trade credit.

Michael Vrontamitis, head of trade, product management at one of the leading trade finance banks, Standard Chartered, agrees there are trade finance gaps in the market. “In the SME space we are still seeing trade finance gaps and credit risk is increasing. Banks are less willing to lend into the more commercial SME end of the market.Liquidity has not reached this area,” he says. Corporations are looking to banks to help them to reduce debt on their balance sheets, he says. Also recently, there has been an increased demand for risk mitigation services.

South Africa-based Standard Bank recognises the role it has to play in supporting economic development around the world and facilitating the reduction of poverty, says Kent Marais, head of product management for transactional products and services at Standard Bank Group. The bank plays a key role in driving trade and supply chain finance efficiencies across Africa, he says. Greater levels of trade will fuel Africa’s growth but companies need to be better positioned to seize the opportunities by improving their working capital management capabilities and access to finance to fund these opportunities.

“We believe in Africa and want to help create a continent that is better positioned to compete internationally, trade is fundamentally important to that,” says Marais. He is confident that Africa, in particular, has the potential to outstrip even the pre-crisis levels of trade growth seen elsewhere in the world. But supporting small and medium sized enterprises (SMEs) in the value chain will be critical to optimising trade growth. “Supply chain financing is needed to link buyers and sellers with financial institutions to optimise the availability of working capital between transacting parties. The unmet demand for trade finance is significant and growing. Providing this finance throughout the value chains ensures the wheels of commerce to continue and support job creation,” he says.

The bank’s customers are moving to open account transactions and seeking access to finance and liquidity at preferred rates, based on the supply chain in which they operate, he says. Standard Bank is working to help clients improve their working capital and the supply chain by injecting capital into the processes in order to ensure there is liquidity. Automation and efficiency within both the supply chain and the financial supply chain will support these goals, he says.

Standard Bank is enhancing its electronic banking channel and back end trade systems and integrating front-end solutions such as a supply chain finance module. This will be extended to include more supply chain variants as the market matures.

Bringing together the many different players in the African community – financial institutions, large multinational companies, mid-range corporates and small businesses – will be important, says Marais, in helping to create capital and liquidity in the market. SCF has the potential to play a big role here. “The large multinationals can create programs to support the suppliers in the value chain and give them access to funds and liquidity at a cheaper rate than they can access themselves,” he says.

While SCF has been around for decades, says Kaushik Shaparia, managing director, head of trade finance and cash management corporates, Asia Pacific at Deutsche Bank, there is a change in requirements from corporates around the world. When SCF was first introduced, the choice of providers was limited to a handful of global banks who managed to put an infrastructure around this type of program by having an anchor client’s credit as leverage to finance the relatively weaker credit suppliers, he says. “The banks’ credit appetite pricing, and geographical coverage were the predominant factors that corporates considered for choosing a banking partner.”

As the market matured, adds Shaparia, global banks developed proprietary platforms to automate the process, also allowing them to in-source preceding processes in the account payables cycle including invoice and purchase order (PO) matching. The ease of IT integration and ability to customise solutions for the corporates’ unique PO to payment process then became critical differentiators for banks.

For banks unable to develop a proprietary platform, cloud-based service providers have become an avenue to support SCF programs without the need to commit substantial resources. “But the question for banks is, to what extent can they rely on the infrastructure and due diligence done by third parties, given the increasingly stringent regulatory environment? From the corporates’ perspective, major considerations would evolve around cost effectiveness and counterparty risks,” says Shaparia.

The SCF market is evolving, he says, with banks and cloud-based solutions competing for clients in some situations and collaborating in some others. “To date, there is no consensus on what the sustainable collaboration business model is in terms of value proposition, roles and responsibilities and risk ownership, but we believe that both models have a role to play in enabling a wider reach of SCF for corporates around the world.”

Although cloud computing is promoted as a way of reducing total cost of ownership of technology, Hennah says it often does not reduce costs once factors such as integration of new functionalities is factored in. Over two or three years, the fees associated with a software as a service implementation can escalate higher than in-house licensed software.  Security is also a factor for banks and where data is stored is of utmost importance.

When it comes to corporates, however, the picture is different. Hennah’s colleague, head of trade and supply chain channels, Moez Thameur, says cloud is a better fit for this sector, which is looking for hosted solutions that enable connection with many banks through a single channel.

“Most corporates in the mid range have at least 10-15 banks, which all offer proprietary portals,” he says. “Corporates cannot get a consolidated view of their trade finance transactions.” A recent trend, he says, has been for corporates to buy their own portals and set up multibank capabilities leveraging the Swift MT798 messages for traditional trade and the BPO for open account transactions. “Through one such platform, a corporate can see all the bank relationships and outstanding amounts. By using cloud computing, corporates can talk to all of their banks through the same channel, which is standard. They can reduce costs and manage risks while getting a view of their global outstanding transactions and also automated reports.”

Says Hennah: “Some banks are a bit reluctant for corporates to move this way and would prefer them to sit on their own platforms. But this is an irreversible trend. Once a corporate moves to such cloud platforms, banks will have to adapt or lose the business.”

Such a move will not be easy. Percy Baltiwalla, managing director and head of global trade and SCF, Bank of America Merrill Lynch global transaction services, says a key aspect of trade finance is that it remains largely paper-based. “There are many pieces of the process that are paper based and to develop solutions will require multiple interfaces to be integrated in order to get an end to end trade solution and achieve straight through, digital processing. This will require a lot of collaboration, but there are technology companies and solutions in the market to help. But no one player can do it all.” An important aspect of any solution will be contingency; financial institutions have invested a great deal in this and any move to a cloud-based environment will have to deliver the same level of reliability as traditional banking services.

There are those who doubt that cloud has a place in trade finance. John Ahearn, global head of trade, Citi transaction services, says regulators are averse to cloud-based computing. “In the US, regulators prohibit us from using the cloud because there are still many questions about security,” he says.

A more promising opportunity in trade finance – although it is very early days – is blockchain technology. The attraction is its collaborative nature, says Ahearn. “Trade finance is a very monoline business: a bank does one process, a company does another, and then customs and excise does yet another,” he says. “Everyone has their own process and these processes are not joined up at all.”

But if such processes were joined, he says, interesting insights could be gained which could improve overall efficiency and reduce fraud. For example, if trade finance banks had access to customs databases they could detect whether an invoice is legitimate or not: the transactions detailed in a fraudulent invoice will not have been referenced in a customs database. “If we as a bank receive an invoice and cannot find the reference in the customs database that would be a red flag for us.”