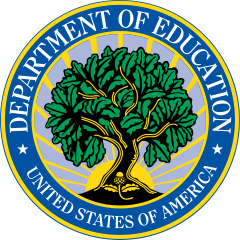 The U.S. Department of Education (DOE) today has released its final regulation regarding Title IV funds disbursement. Because the DOE released the rules before the Nov. 1 deadline, the regulations will go into effect July 1, 2016, and apply to the 2016-2017 school year.

“An initial review of the final rule indicates that the [DOE] did not make many of the changes recommended by the NBPCA and the rest of the financial services industry,” said Brad Fauss, president and CEO of the NBPCA. “Thus, NBPCA remains very concerned about the potential impact the final rule will have on third-party servicers, colleges/universities and, most importantly, students. Although the department’s goal was to protect students, it appears that the department’s final rules will have the opposite effect of limiting student choice and make it more expensive for colleges and universities to disburse Title IV funds in a safe, efficient and time sensitive manner.”

The DOE rules stipulate that institutions are prohibited from requiring students or parents to open a certain account in which to have their student aid funds deposited; schools must ensure students are not charged “excessive and confusing” fees, such as overdraft and POS transaction fees, by providers that assist institutions in making direct payments of federal student aid; schools must ensure that students or their parents have access to the account through a surcharge-free national or regional ATM network with ATMs on or near each location of the school and in sufficient number to allow funds to be reasonably available from them; and schools must ensure that electronic payments deposited into students’ existing accounts are made as timely as payments made to accounts marketed through institutions, among other requirements.

The NBPCA says it’s concerned that the DOE’s regulation of financial services products in the manner described in the final rule goes beyond the scope of its statutory authority and may result in other regulatory agencies, without the necessary financial services expertise, following suit. The association believes that regulating financial services should remain with prudential financial regulators.