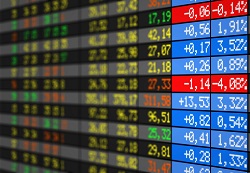 With several companies vying to acquire Worldpay Group Ltd., private equity firms Advent International Corp. and Bain Capital, owners of the U.K.-based payment processor, decided to proceed with their planned IPO of the company. Worldpay filed regulatory documents Friday to be listed on the London Stock Exchange. The company intends to raise net proceeds from the offer of approximately £890 million (US$1.4 billion).

Rationale for moving forward with the IPO, according to the filing, included supporting the company’s growth plans, giving the company access to a wider range of capital-raising options, enabling Worldpay to reduce outstanding debit and further improving its ability to recruit, retain and incentivize employees and key management.

Paybefore Award-winning Wirecard, an independent global payments provider, reportedly threw its hat into the ring to acquire Worldpay Ltd. for a reported £6 billion (US$9.3 billion). French payment services provider Ingenico Group bid an unspecified amount for Worldpay less than a week later. The two companies joined a field of other prospective buyers that included private equity firms CVC and a combined offer from Blackstone Group and Hellman & Friedman.

Larry Berlin, a vice president at private equity and investment banking firm First Analysis, says Worldpay’s owners ultimately decided they could get more in the public market than private, especially over time. Regarding the expectation that Worldpay’s IPO will garner $1.4 billion, Berlin adds that “the valuation metrics may not be unreasonable given current multiples, such as EBITDA, of comparable companies.” 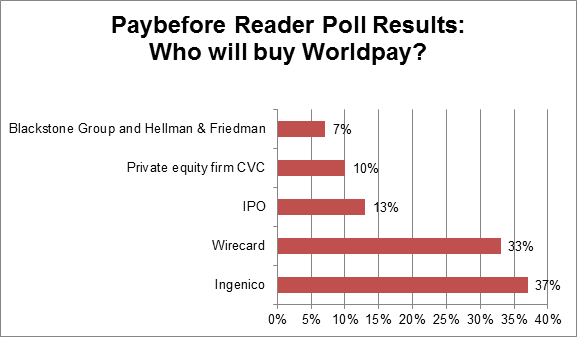 Though 70 percent of readers expected Wirecard or Ingenico to acquire Worldpay, 13 percent of respondents predicted Worldpay would go public. To take part in the current readers’ poll, go to the Paybefore home page and scroll down. It will be on the right side.

Worldpay processed approximately 11.5 billion transactions annually in 2014, representing around £370 billion (US$576 billion) in payments, and it supports approximately 400,000 merchants globally, according to the company. Worldpay was a subsidiary of The Royal Bank of Scotland Group until 2010, when it became a standalone business owned by Advent International and Bain Capital.

Worldpay is one of several companies in the payments industry to file for an IPO this year. Others include CPI Card Group, First Data and Square.