The rise of ‘halal hubs’ represents an Islamic finance opportunity 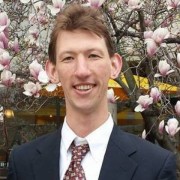 An interesting trend is developing in the halal sector: regional hubs are developing in places that have some local demand but not the size that would be significant markets on their own.

Think of Malaysia (the largest) or Dubai or tiny Brunei. Each sees the halal sector as being strategic to their economic growth, and for Dubai and Brunei at least, as key aspects of their economic diversification.  This trend has the potential to support global growth in the Islamic economy as well as SME development but need a lot of (costly) infrastructure put in place to open up the international side to SMEs, writes Blake Goud

To some degree, each country benefits from sitting on trade routes that have connected Muslims to one another for centuries for their position. If nothing else they can be logistics hubs and Malaysia can be more with a larger population that can survive also if it were autarkic.  But what differentiates the three from other places is the role they play in setting standards for the rest of the (Muslim) world.

Dubai is a hub of the MENA region which puts it as a gateway for establishing the halal authenticity of food imports that represent a lot of the food consumed in the region. Malaysia has its own domestic market but its JAKIM standard is widely accepted, though not universally. Brunei is like Dubai in having a relatively small domestic market but like Malaysia in being geographically close to huge Muslim populations.  It is trying to build its value chain that includes food, cosmetics and pharmaceuticals with an “oversight along the production chain”.

Brunei’s decision to focus on end-to-end compliance mirrors the shift globally towards the beginnings of comprehensive halal logistics system for global trade in halal products (a potentially $151 billion business according to the State of the Global Islamic Economy Report 2014/15).  This process highlights the value being created by the development of regional hubs whose standards are gaining recognition more broadly.  Standards from Dubai (ESMA and Dubai Municipality), Malaysia (JAKIM) and Brunei’s (Brunei Halal) have the potential to become more widely recognized which would be necessary to expand trade in halal products.

The hubs emerging for halal standards are concentrated in the OIC region but the hubs for halal trade are wider, and serve a much larger population than just their immediate region.  For example, in addition to the Jebel Ali port in the UAE, the Klang and Penang ports in Malaysia, there are halal hubs (as designated in the State of the Global Islamic Economy report) developing around the ports of Santos (Brazil), Marseille (France), Rotterdam (Netherlands) and Zeebrugge (Belgium).

This represents the opportunity for the regional hubs to go global and to do it in a way that is not competition against one another but through cooperation.  The halal trade market is significant but requires substantial expenditure to put in place the logistics systems that will need the support of both governments and large companies.  A lot has been made of the potential for the Islamic economy to be an engine for SMEs in OIC countries, but unless the regional hubs cooperate with larger companies to build the standards, certification, accreditation and logistics hubs which only they have the resources to do, the Islamic economy will remain a domestic opportunity for SMEs and the global picture will be dominated by the larger companies.

For more discussion and to hear from experts across the Islamic economy, join us in Dubai from 5-6 October for the Global Islamic Economy Summit #2015GIES.