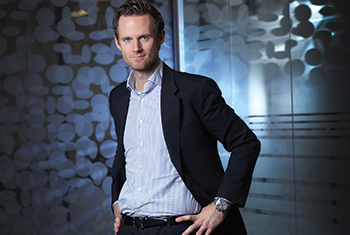 Saxo Bank has a long-standing reputation for its use of technology to provide innovative services dating back to its formation as a foreign exchange trading specialist.

So when Saxo Payments launched earlier this year, it seemed like an interesting natural progression, but on a second look, there was something very unusual about the new entity: it is not a bank, though it looks a lot more like a bank than most of the non-bank market entrants.

In legal terms, Saxo Payments is licenced as a payment institution, offering cross-border payment solutions to payment providers, acquiring banks e-wallets and fintech businesses, who are then able to offer account-based payment services to their merchants.

“The philosophy we had was to build a stand-alone business within Saxo Group to deliver payments with an FX twist, targeting the fintech industry,” says Anders la Cour, co-chief executive. “The way we have set it up is that we have tried to build a global transaction bank without a banking licence.”

Like many new market entrants, the company has benefited from a lack of legacy, as well as its relationship with Saxo Bank, which has a strong reputation for the way it has used technology over the years. “From a technology perspective we tried to set it up the way we think a global transaction bank should be built today,” says la Cour. “It’s the same tools that a global bank would use – we run on the Oracle Flexcube system, set up in a way that allows us to go fully cloud-based. That has been one of the privileges of starting from scratch and having a global technology partner with the ability to scale. It’s a new thing for Oracle too – a non-bank set up as a bank – so they have done a lot of research with us.”

What Saxo Payments shares with the new entrant challenger banks and payment service providers is that it is tightly focussed on one market segment.

“We believe that the next 5-10 years will be even more hyper-specialised so we decided to focus on a community where fintech businesses can connect with the merchants and offer them global bank payments,” says la Cour. “It could be an acquirer, and instead of settling with merchants in various jurisdictions – they can do that as well of course – where they really get the benefit is that they can offer all of these merchants an account with us, but in their own name. The merchants can now pay suppliers from that account,” he says.

“We are enabling fintech enterprises with global ambitions to extend their value chain so that they can compete directly with the banks. We are doing this by creating the Saxo Payments Banking Marketplace which gives fintechs the ability to offer their merchants the facility to pay suppliers and partners directly from a web interface delivered by them and powered by us. We are providing a marketplace that they can use to add to their value chain to be able to deliver bank transfers in their own name.”

The Saxo Payments Banking Marketplace enables transfers to be made in real-time “at low cost and with competitive foreign exchange rates” with a focus on global cross-border low value payments. “Our model is a UK merchant playing a supplier in Canada – or Germany or Japan, though our main focus at this point is making European businesses perform on a global basis and taking non-European business into Europe,” says la Cour. “We have correspondent partners in almost any jurisdiction, so in that sense we have global reach, but that does not mean that we have direct access to the domestic clearing, though we have that in a lot of countries and it is improving on a daily basis. The huge difference between the service they get from us and the traditional banks is the high convenience and the low price. It takes one day and the price is a fraction of what it would be with a traditional bank.”

Saxo Payments launched in April this year, but it has been in in gestation since 2013. “We started two years ago and spent 18 months building it quietly, because we knew it would be difficult to copy, but we didn’t want to give anyone the chance. When we launched in late spring this year, no-one knew about it, and that was on purpose,” he says.

Saxo Bank Group is the majority owner of Saxo Payments, and the entire back-office is based in the group’s headquarters in Denmark, with the front-office based in London. There is also a group of investors holding a minority stake.

Everything runs on separate systems, but Saxo Payments is able to use the FX capabilities and correspondent banking network of the parent bank. “There is a strong Saxo Bank DNA in our business – otherwise it would be very difficult to build what we have built so fast. Several of our key employees come from the Saxo Bank organisation.” Laust Bertelsen, La Cour’s co-chief executive, is the former head of corporate solutions at Saxo Bank and heads the back-office operation in Denmark.

La Cour himself has a very different background. “I’m a lawyer, and worked in M&A with a focus on technology in financial services. I quit my job in 2012 and started on a business, working with Saxo Bank, and that business ended becoming Saxo Payments,” he says. “Saxo Bank saw the opportunity and we decided it would make perfect sense to create Saxo Payments. The first couple of months were spent building the strategy to back the vision with the technology. We needed to be sure that we still had the Saxo Bank DNA of being a disruptor but also capable of handling large volumes in an intelligent way,” he says.

“The goal was to get out, hit the market and sign up a lot of business, which is what we have done. We are hoping to have significant flow by the end of this year. We have the members, who sign up and direct their flow to us, and we have 16 direct members now, which to me is satisfying as we have only been operating for a little over three months. The goal is to have 50 direct members by the end of the year. There are a lot of things we can do – we’ll also have the first P2P lender on the system in September, and from a reconciliation perspective it has a lot of advantages from them because of our underlying account services.”

It is also collaborating with First Data to reduce costs and improve the speed of global transactions for First Data clients through a secure web interface through which they can manage cross border transfers. “Our proposition is perfect for businesses such as First Data, whose clients require access to prompt international payments. Plus, by enabling the suppliers to First Data’s clients to also open Saxo Payments accounts, we can significantly reduce transfer fees regardless of where the sender or receiver is located or the currency in which they transact,” says la Cour. “Ultimately, we believe this will build a network of real-time payments which can be made globally whilst behaving like internal transfers – secure, fast and at almost no cost at all.”

So what’s the end-game for the company? “It’s an evolution. We want to build a sustainable business and that task will never finish because there are always things that you can improve. We saw a big demand from the fintech companies to be able to deliver payments globally, and that was the big driver for us but it will never be finished. The mission we are on is to support the evolution of fintech companies and the mission will never be finished.”