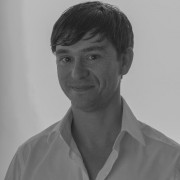 Davies: transparency over research is coming

A new online market for buying and selling financial research has gone live in Europe. Focused on providing buy-side firms with more transparency, the new RSRCHXexchange is based in the cloud and is aimed at helping institutions comply with MiFID II research unbundling requirements.

RSRCHX is essentially a cloud-based platform with some 50 research providers at launch and plans to increase that to 100. Asset managers can search and buy non-broker research. Users can rate the research and leave comments. They can also see how many times a report has been downloaded, and (if they purchased it) whether it was actually read and who within the company read it.

Part of the impetus for the new platform is provided by regulation. Under the European Commision’s MiFID II legislation, which has yet to be finalised, banks and other providers of research are expected to no longer simply bundle the cost of research with their commission fees. Instead, the regulator is considering requiring the unbundling of research from commissions, which would mean the pricing would have to be made explicit. This would make a significant change to the traditional situation, in which research was included as part of a general package of sell-side services, without the exact cost of the research component being made clear.

“Historically, reports were sent out by fax and they disappeared into a void, in the sense that there was no feedback,” said Jeremy Davies, co-founder, RSRCHXchange. “At the same time, people didn’t know what they were paying for, nor what they could get elsewhere. In the last five years, providers have been able to see whether the email link was clicked on or not. But in the cloud, you can see so much more than that – who clicked, and not just whether they opened the email but whether they actually read it. This is all about transparency.”

The global institutional research business is estimated at about $20 billion per year. Around three million reports are emailed annually, of which less than 5% are opened at each specific destination – although in total, around 40% of research gets read somewhere.

“In my background as a fund manager, I was always looking for new sources of research because you need a diversity of sources,” said Davies. “Problem was, if I found something I liked, I’d then have to go to compliance and get approval, then persuade operations to buy it. That process could add weeks or even months, and it just wasn’t really acceptable in this real-time world.”

According to Davies, RSRCHXchange essentially moves the compliance and operations part of the equation, so that  instead of being an obstacle to the asset manager obtaining the necessary information, those steps will be simplified – due diligence is handled by the platform, while the asset manager can now go straight to operations with the exact details of the price and with supporting information such as its rating as judged by other users.