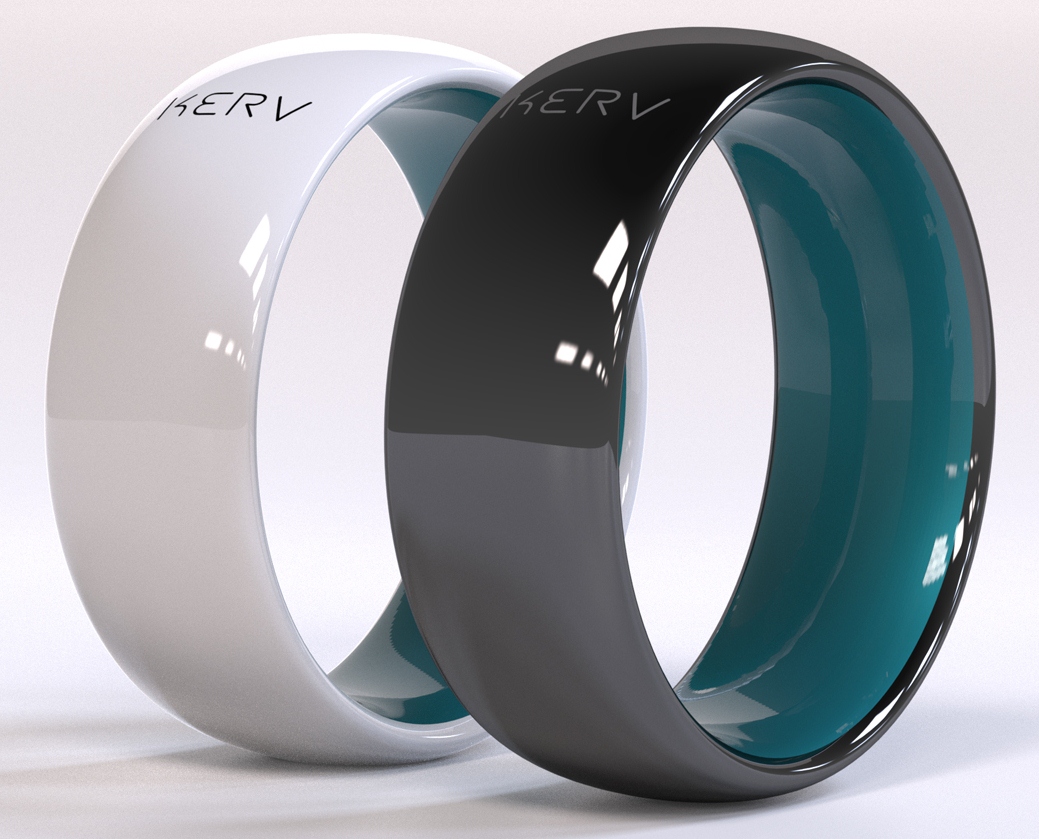 London-based fintech startup Kerv has turned to crowd-funding site Kickstarter to raise mass-production capital to enter the field of wearables with an NFC-enabled ring that allows consumers to make contactless payments. The Kickstarter campaign launched Friday in an effort to raise £77,000 (US$116,674), and as of this morning the company has already raised more than £33,500 (US$52,319). The project will only be funded if the goal is met by Oct. 26, 2015.

Contactless NFC payments can be made at more than 38 million locations globally up to certain limits depending on the country, for example £30, US$25 and €25 in the euro-zone. Kerv is an e-money issuer approved by the Financial Conduct Authority, and will offer an optional contactless prepaid card linked to a Kerv account for higher-value transactions, according to the company.

The payments ring doesn’t have to paired with a smartphone, it never needs charging, it’s waterproof and scratch-resistant. Using Kerv’s mobile phone app, consumers can switch the ring on or off and manage funds. Users can receive transaction alerts via app, SMS or Kerv’s Website. Also, personal data can be shared, such as contact, emergency or medical information, with the touch of an NFC-enabled smartphone. The estimated retail price is £49.99 (US$75.72).

The company also announced last week that it had appointed former Ukash CEO David Hunter chairman of Kerv’s board of directors. “A lot of technology in payments strikes me as being a solution looking for a problem,” Hunter said. “I’m confident that Kerv will be well-received on Kickstarter because it solves genuine problems, focuses on the user experience and makes the underlying technology invisible.”