How ANZ used mapping in its merger with National Bank 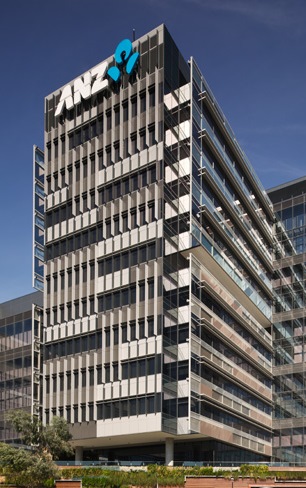 When ANZ decided to make its acquisition of New Zealand’s National Bank into a single brand, it had some wide-ranging rationalisation ahead of it to reduce costs while expanding service coverage.

ANZ had acquired National Bank from Lloyds TSB Bank in 2003 and operated it separately for nearly a decade, announcing only in 2012 that it would merge the two operations under the ANZ Bank New Zealand Ltd. brand. The newly branded bank faced some threats from competitors who tried to take customers from National Bank, which had a premium brand. ANZ pre-empted that by stepping up advertising for the ANZ brand ahead of the rebranding and sending letters out to customers as the merger progressed.

“We needed to know who our existing customers were, who the potential customers were and what they needed,” said Brett Lumsden, who leads the branch network location strategy for New Zealand’s largest bank. “We also needed to know about our competitors. On the day of the merger they were on prime time TV saying it was time to move accounts away from us.”

At the time of the announcement, bank leaders said they planned to expand coverage from 75% of New Zealand’s population to providing a branch within reach of 90% of the population. Lumsden said the number of branches across the combined bank dropped by 30% and the branches are on average 20% smaller.

“The big aim of the bank is to remain relevant to users – what services do they need, what people do you want to see in a branch,” said Lumsden. “We wanted to create a branch that looks like something you would went to visit, a branch that looks and feels like you and has the services you need.”

That requires knowing who the customers and potential customers are within reach of the branch. Software from Californian geographic information systems specialist Esri helped ANZ organise its data geographically to accomplish that.

“Branch managers would say ‘I know Mr. Jones,’ and put a finger in the air,” said Lumsden. “Now we have data.” Esri helps the bank decide where new branches should go, and what the clients in the area are like.”

New Zealand local councils put out a lot of census and transport data, Lumsden added. Geo-tagging it to use in Esri was fairly simple. “We purchased some drive and walk time data sets from our Esri distributor, but outside of this we are using internal data and census/council data that is readily available,” Lumsden added.

The banks started using Esri in 2014 – before that its modelling was done in Excel, he said: “Today we deliver our results across both Excel and Esri platforms, but are completing the majority of modelling to produce the results/outputs in Esri. We still have people who want their information in Excel; it’s like a security blanket for them.”

When David Hisco, chief executive of ANZ New Zealand, announced results its 2014 results, he  said: “We have continued to reduce duplicated costs and build a simpler, more productive business following our National Bank and ANZ brand merger in late 2012. The bank now has more local specialists in more places across New Zealand than any other bank,” he added, “and it has opened branches in nine new communities since 2012. The banks cost to income ratio dropped from 42.7% to 38.9%, while lending grew five% and customer deposits 8%.