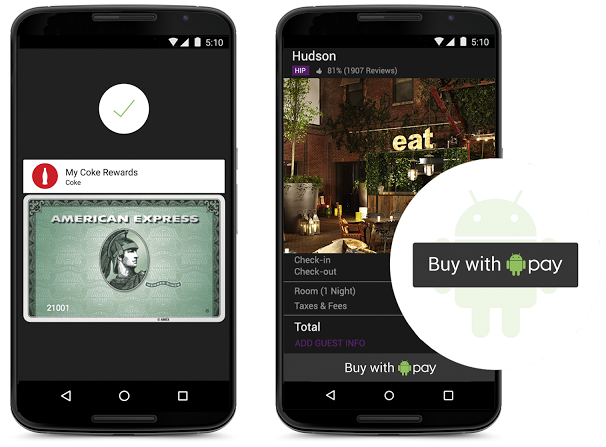 This month’s launch of Google Inc.’s Android Pay, just weeks before the U.S.’s Oct. 1 EMV liability shift date, is a key milestone in expanding mobile payments access to the majority of consumers, but we’re still “a couple of years” away from mainstream m-payments with ubiquitous support from banks, merchants and handset makers, predicts Dom Morea, senior vice president of business development for First Data Corp.

First Data Corp. last week announced it’s supporting Android Pay’s rollout on both the bank and merchant side, enabling card-provisioning for banks adding Android Pay, and also enabling merchants to accept Android Pay at the POS. The Atlanta-based company’s activities—similar to services it offers for Apple Pay—provide a broad perspective on how long it may take for banks and merchants to close the gap for consumer access to mobile payments, Morea tells Paybefore. “Merchants are incredibly busy making POS and system changes for EMV, and because of that, it will take a couple of years for both of these technologies to become ubiquitous,” he says.

A handful of the largest U.S. banks announced immediate support for Android Pay, and many larger merchants, including Walgreens and Home Depot, already support NFC payments for Apple Pay and Android Pay. So do millions of small merchants, who typically need to replace one or two countertop terminals to be ready for EMV and m-payments, Morea says. But millions of midsize merchants and smaller banks and credit unions will lag behind in enabling EMV and m-payments, because of the cost and work involved in making the changes. “Due to the timing of these two initiatives—whether coincidental or intentional—EMV and m-payments expansion in the U.S. will travel in tandem,” Morea says. Industry analysts say 95 percent of U.S. merchants and card issuers will be EMV-capable by the end of 2017.

Handset manufacturers are on a similar track with m-payments, experts say. Within three years, virtually every smartphone in the U.S. will support either Android Pay or Apple Pay, predicts Sushil da Silva, co-founder of New York-based Highline Software, which provides retailers with cloud-based technology and payments services. “With the recent announcement of Android Pay, by my estimate more than 100 million U.S. consumers are ready for phone-based contactless payments now,” he says. Next week that number will increase further, with the Sept. 28 rollout of Samsung Pay, enabling consumers with newer Samsung handsets to pay at any POS terminal, whether it’s NFC-read or not.