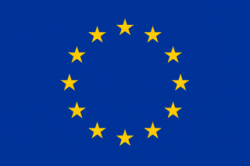 With European Union law now requiring merchants to tax digital goods based on which country the buyer is located in—instead of where the seller is located—the European Commission (EC) is canvassing interested parties for feedback on the system of reconciling and paying taxes to national governments. The regulation—intended to stop businesses from undercutting competition by setting up in EU nations with lower tax rates—went into effect in January, along with an associated Mini-One Stop Shop (MOSS), a tool that enables businesses that sell digital services to customers in multiple EU countries to declare and pay all their VAT in the company’s own member state, rather than making many separate payments to each state.

The EC is seeking input on the implementation of the new VAT law and MOSS, along with broader input on simplifying cross-border VAT payments within the EU, as called for by the Digital Single Market—a digital commerce initiative announced in May. Input received via the consultation will be incorporated into a legislative proposal which the EC will announce next year. Among the steps already being considered to simplify cross-border VAT payments under the Digital Single Market are: extending the currency MOSS system to cover the cross-border sale of tangible good such as clothing; a VAT threshold to help startups and small businesses; and permitting merchants to be audited only by their home countries for VAT purposes.

The consultation period has begun and will run until Dec. 18. The survey is available on the EC’s Website.