Contactless payments set to boom as limit rises to £30 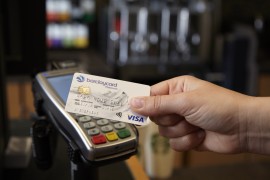 More than £2.5 billion was spent in the UK using contactless cards in the first half of 2015 and this is likely to increase even more as the upper limit for contactless payments increases from £20 to £30 from today.

Data from The UK Cards Association, the trade body for the cards payment industry,  shows that contactless spending has risen from £287 million a month in January 2015 to £567 million in June. The £2.5 billion spent using contactless cards and devices in the first half of 2015 compares to £2.32 billion for the whole of 2014.

The new contactless limit is now higher than the average supermarket bill of £25. The average card spend in pubs, cinemas, dry cleaners, pet shops and gift shops also falls under the new £30 limit.

Kevin Jenkins, managing director UK & Ireland at Visa Europe, said: “Contactless is becoming the ‘new normal’ as everyday Britons embrace the speed, convenience and safety of touch-to-pay technology. We’ve seen unprecedented growth in this area, with the number of Visa contactless transactions more than trebling in the past year in the UK. Today’s threshold increase to £30 gives consumers all the benefits of contactless across a broader range of their daily activities, and we expect to see this momentum continue to build as more people adopt mobile and wearable payment technology.”

As the sole recipients of all the data from acquirers and card schemes The UK Cards Association’s data is the single authoritative source of statistics for whole of the market for the whole of the UK. Figures from teh schemes tells the same story, with variations in the statistics.

According to data from MasterCard, spending by UK consumers on their contactless cards has increased more than five-fold in the last 12 months.

The adoption of contactless also continues to accelerate, with a 560% year-on-year growth in the value of transactions, up from a 373% increase in the previous period, ending in July 2014. The number of contactless card transactions made with MasterCard quadrupled in the same period.

MasterCard’s data also shows that each year since 2012, individual cardholders have on average doubled the number of times they tap to pay. The average value of transactions has also increased. At the start of 2012 the average contactless purchase by cardholders was worth £4.52; by July this year that had increased to £7.29.

Overall levels of fraud on contactless cards remain low, with just £153,000 of losses during 2014 compared with total spending of £2.32 billion, according to UK Cards Association figures. This represents 0.7p in every £100 spent on contactless, said to be one of the lowest fraud rates for any kind of payment.

Mark Barnett, president of MasterCard UK & Ireland said: “The pace of growth we are seeing in contactless is getting ever faster as we rely less and less on cash. Consumers enjoy the speed and convenience of tapping to pay. We expect this upward trend to persist with consumers continuing to migrate to contactless card payments and increasingly to mobile payments, as we work with partners such as Apple to enable more convenient ways to pay.”

Data released by Barclaycard, also shows growth that contactless spending has more than trebled in the last 12 months.

Barclaycard, which processes nearly half of all credit and debit card transactions in the UK, saw the amount consumers spent using contactless payments 150%, with the number of transactions rising 134%.

The figures come as the maximum amount which can be spent on contactless cards and mobile devices in a single transaction increases from £20 to £30. This starts to roll-out across the UK from 1st September.

Barclaycard figures also show that almost six in 10 shoppers (57%)** intend to take advantage of the limit increase to £30 by upping their contactless usage, suggesting that the speed and convenience of ‘touch and go’ payments is becoming increasingly popular among consumers.

Across the country women are closing the gap on men when it comes to contactless adoption, with females now accounting for 45% of active customers compared to 36% at the end of 2014. In addition, 50% of contactless users are now aged 50 or over, with 20% aged 65 plus, indicating that this technology is being embraced by all consumers regardless of gender or age.

Overall, London continues to lead the way for contactless penetration with 40% of eligible transactions made contactlessly, up from 30% in 2014. This continued rise is largely accounted for by the increase in popularity of contactless travel on London’s tubes, trains and buses. Last year Barclaycard was a partner in TfL’s roll out of contactless travel throughout London, which has now seen more than 150 million journeys since its launch September 2014.

Across the UK, Leeds has seen the biggest increase in contactless usage, with the city’s residents spending 211% more this year compared to last. Also seeing big leaps in contactless spending are Blackpool (200%), Newcastle (192%), Manchester (191%) and Edinburgh (190%). Contactless spending across the UK is expected to maintain rapid levels of growth as a number of businesses outside of London increasingly adopt the technology.

Supermarkets account for  the lion’s share of contactless spend, accounting for almost a third of all transactions (29%). According to Barclaycard data, the average supermarket shop is £23, meaning that many more shoppers will now be able to benefit from the ease and speed of contactless when buying groceries.

Restaurants generate the second highest number of contactless transactions at 20%, and Barclaycard’s July Spend data also shows that consumers are eating and drinking out more than they were 12 months ago, with year-on-year spending rising 13.6%.

People are also spending less when they eat out, with the average amount spent falling -5.6%. These trends indicate that consumers will not only be more likely to use contactless to pay when they dine in restaurants – as the limit increase will cover a higher spend – but are also set to use it more often given the increased frequency of restaurant visits.

In June Barclaycard expanded its range of bPay wearable devices, unveiling a new wristband as well as a fob and a sticker, which can be used to make contactless payments at more than 300,000 terminals across the UK. And during the busy Christmas shopping period last year, Barclaycard also trialled contactless payment gloves, enabling shoppers to ‘touch and go’ by waving their hand in front of a contactless point of sale.Source: Barclaycard

Tami Hargreaves, Head of Contactless, Barclaycard said: “In the fifty years that we’ve been in business, we’ve seen consumers adopt many innovations in payments that have become part of our everyday lives. From the credit card to Chip and PIN to contactless and mobile payments, Brits are renowned as fast adopters of new technologies that make our lives easier. Our data released today underlines this trend and shows that ‘touch and go’ is fast becoming a favourite way to pay as both shoppers and retailers value the speed and ease it brings.

“Over the next year we expect the limit increase alongside the forthcoming launch of High Value Payments – where contactless transactions over £30 can be made using a mobile device combined with Chip and PIN authorisation – to drive this growth even further. Ultimately, the uptake of contactless spending is a ‘win-win’ for consumers and businesses alike.”

The increase to £30 is expected to appeal to one group of consumers: “At this year’s Rugby World Cup, fans needn’t spend so much time queueing for drinks at half-time,” said Barnett. “We want to speed up the payment process so they don’t miss any of the action. Contactless shows its versatility very well in the big stadium environment, whether fans want to pay with cards or Apple Pay.”

MasterCard has worked with all of the stadia hosting Rugby World Cup matches to ensure that they are all ready to take contactless payments – England’s home ground Twickenham has more than 450 contactless terminals including all of its shops, bars and concession stands.