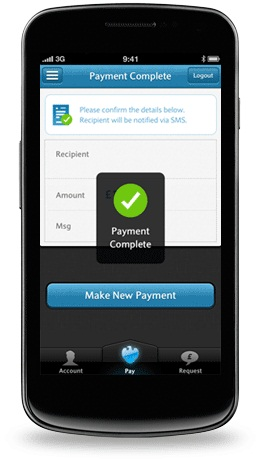 Barclays’ Pingit app, which began as a U.K. P2P service in 2012, now is available for users to make online purchases at tens of thousands of e-commerce Websites via mobile devices through a new partnership with Verifone, and Barclays says it hopes to extend the service to POS locations.

Pingit customers may use a smartphone or tablet to make online purchases at Websites of Verifone’s 20,000 U.K. businesses. Payments may be complete with a few clicks, versus entering the payment card details and shipping address, which Barclays says will be faster and more convenient for many consumers who cite the complexity of mobile checking as a deterrent to completing online purchases. Pingit is available to any U.K. consumer with a mobile phone number and an account at any domestic bank.

Verifone is integrating Pingit into its Payware Ocius m-commerce gateway, making it available to participating online merchants. “In the future, Verifone and Barclays will look at broadening the acceptance of Pingit via Verifone at physical retail and POS payment terminals,” Barclays said.

Pingit has more than 2.7 million registered users and more than £1.6 billion (US$1.8 billion) have been transferred via the app to date, according to Barclays. Following the Verifone deal, a total of 90,000 businesses now accept payments via the Pingit app, which is available for Apple, Android, Windows and BlackBerry mobile devices.

Pingit is part of a growing range of account-to-account payments supported by the U.K.’s Faster Payments initiative, which is the backbone of Paym, a free U.K. P2P service that launched last year. Could Pingit’s new merchant reach, plus Zapp—another mobile payments service enabling POS purchases—pose a threat to card networks? In an article on real-time payments in the Fall Issue of Pay Magazine, Samee Zafar, a director in the London office of Edgar, Dunn & Co., suggests merchants may be eager to explore services enabling consumers to make POS purchases directly from bank accounts because they are cheaper, though making that leap with existing hardware could be difficult.