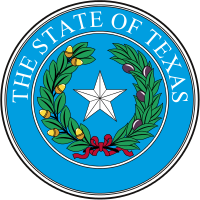 posing surcharges on credit card purchases, in the 5th Circuit Court of Appeals have accused the state Office of Consumer Credit Commissioner (OCCC) of failing to address the merchants’ position that the surcharge unconstitutionally limits free speech. The merchants claim that, while the law focuses on how they communicate their prices to consumers, the OCCC, in its reply briefs, focused on speech not regulated by the law, including arguing that merchants are still free under the law to directly encourage consumers to pay with cash.

Moreover, the merchants claim that the OCCC is unable to even answer their allegations that the law is too vague to be upheld, evidenced by the OCCC being unable to tell the merchants how they can lawfully communicate their prices to consumers. The Texas merchants claim the law prevents them from properly disclosing to consumers that a surcharge for paying with a credit card will apply, and that, instead, they are forced to tell consumers that there is a “discount” for paying with cash. For its part, the OCCC maintains that the law doesn’t prohibit merchants from providing a discount and that merchants are free to communicate the costs associated with credit card transactions to consumers.

The case is an example of the growing trend of merchants challenging state surcharge laws. Similar cases are ongoing in California, Florida and New York.