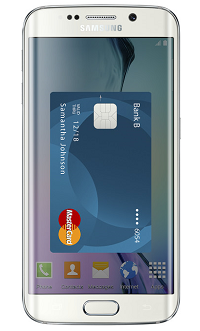 Samsung is preparing to launch Samsung Pay in Europe, on the heels of the m-payment service’s expected late-summer rollout in South Korea and the U.S., the handset maker said late last week. By extending its global partnership with MasterCard, Samsung will leverage the MasterCard Digital Enablement Service platform to connect European card issuers to the m-payment service via eligible Samsung NFC handsets, the companies said. They provided no time frame for Samsung Pay’s availability in Europe.

The partnership will enable customers of participating banks to activate credit, debit, reloadable prepaid and small-business cards with Samsung Pay, so they may tap to pay at any terminal, using NFC or Samsung’s patented MST technology, the companies said. MasterCard will provide the tokenization services for Samsung Pay.

Samsung Pay initially will work only with Galaxy S6 and S6 Edge handsets, and Oberthur Technologies is providing technical support, including the secure element, enrollment and provisioning of handsets for participating financial institutions. Android phones have strong market share in Europe, and Samsung is a key Android manufacturer, notes Zilvinas Bareisis, a senior analyst with Celent. Given the relatively high penetration of NFC payment terminals in Europe, Samsung Pay’s prospects could be promising there, Zilvinas tells Paybefore.