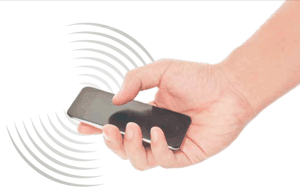 Pharmacy retailer Rite Aid this week said it will resume NFC acceptance at its 4,600 stores nationwide beginning Aug. 15, following months disabling contactless payments acceptance in the wake of Apple Pay’s rollout. The chain this week will resume accepting Apple Pay and Google Wallet, and will accept Android Pay when it becomes available later this year, the company said.

The interruption in NFC service began last fall, days after Apple Pay’s rollout, when consumers noticed that Rite Aid and CVS/pharmacy stores that previously accepted the NFC-based payment service no longer supported it. The reported reason was that CurrentC—a rival m-payments service still in development from Merchant Customer Exchange (MCX), a 70-member retail consortium that includes Rite Aid—demanded exclusive participation from its participants. MCX last year confirmed its exclusivity policy in a blog post on its Website, stating that “when merchants choose to work with MCX, they choose to do so exclusively.”

This spring Best Buy, another MCX supporter, also reconnected NFC at the POS and announced its support for Apple Pay. MCX Chief Operating Officer Scott Rankin in April told Paybefore its exclusivity arrangements aren’t permanent. “The provisions are designed to expire and as such, are limited in time and scope,” he said.

MCX hasn’t publicized details about how long its exclusivity clauses stay in effect, but the Wall Street Journal is reporting that the clauses expire this week. Separately, Sen. Richard Blumenthal, (D-Conn.) sent a letter to MCX demanding details about the consortium’s exclusivity policy. Blumenthal set a deadline of Aug. 30 to get answers from MCX about whether MCX participants—which include Walmart and Target—are prohibited from using competing m-payments platforms, including Apple Pay, and whether MCX has enforced its policy.

MCX currently is testing CurrentC in key markets, with a full rollout expected later this year. The service features a cloud-based platform enabling retailers to integrate payments capabilities and rewards management directly into their mobile apps.