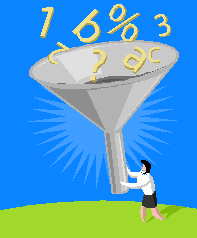 The U.S. Department of Commerce and PayPal are teaming up to help guide international strategy for small and midsize U.S.-based businesses by combining data generated by PayPal’s global payments networks with government-sourced economic data. The partnership will be organized as a working group under the Commerce Data Advisory Council (CDAC), a federal council tasked with providing recommendations to government officials on how to make Commerce Department data easier to find, access, use and combine with other data. “Disseminating Commerce data in this way will enable businesses to be more competitive, governments smarter and citizens more informed—ultimately increasing the value of the department’s data,” according to a joint Commerce Department/PayPal blog post announcing the plan.

Membership in the working group is open to volunteers and the group plans to use data generated by PayPal in combination with government-sourced economic data, such as country and product trade data collected by the Census Bureau. The combined data could lead to “customizable and highly valuable new insights” that could help U.S. companies make better-informed business decisions, according to Ian Kalin, the Commerce Department’s chief data officer. For example, a small or midsize firm considering expanding its exporting could use the working group’s data to target specific countries or regions. Kalin will co-chair the working group with Vadim Kutsyy, head of data strategy and stewardship, PayPal.

The partnership is still in its early stages of experimenting with data, according to blog post. “Whatever the path of the collaboration, the guiding mission of this working group is to create a public and freely accessible platform that can help small and medium sized businesses increase their overseas exports,” wrote Kalin, Kutsyy and PayPal’s Harshal Deo, vice president of data technology. PayPal last month completed its spin-off from former parent company eBay, debuting as a publicly traded company on NASDAQ.