Cash is here to stay – for the next 300 years anyway 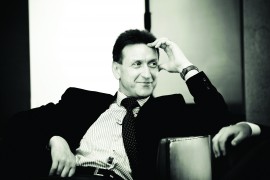 Reports of the death of cash have dominated the 2015 news agenda. A variety of industry developments – from the launch of Apple Pay through to a Danish proposal to end the obligation of retailers to accept cash – work together to imply that paper notes and coins could soon lose relevance. All this is underpinned by apparently irrefutable stats from the Payments Council which reveal that cashless transactions have now overtaken the use of cash in the UK, writes Paul Adams

However, the idea that this will result in the imminent demise of cash is still a significant leap of faith, and one which the industry is making far too lightly. At Glory we’ve done some sums based on the Payments Council figures, which project that cash will be here to stay until at least 2353. So the next generation won’t see a cashless society, and neither will their kids or even great-grandchildren.

There are a number of reasons we should all be delighted that cash will remain in popular use. For a start, cash serves a vital purpose for those on lower incomes. It’s easily overlooked that 3.5m people in the UK only ever use cash, and much more needs to be done before we can contemplate a cashless society that doesn’t victimise those people. The less-tech savvy elderly can at least get support from a grandchild or Barclays Digital Eagle, but for people who are, for example, temporarily homeless, opening a bank account for digital money can be impossible. For these people cash isn’t just king, it’s the only option.

Another common claim is that paper money is a burden. That couldn’t be further from the truth. For the most part, cash is easy to use and access, universally accepted and offers retailers the added benefit of being cheap to process. In fact, it has the lowest costs attached of any mainstream payment method.

For retailers, cash is also the only payment method where they can control processing costs by creating efficiencies in the cycle from payment to bank deposit. Cash is always operable, making it the preferred choice for many smaller firms. Have you ever had to dash across town to an ATM because a restaurant card machine has failed?

Moreover, Retail Banking Research figures show that cash transaction volumes globally are actually on the rise, even if cashless payments are growing at a faster rate. Almost 90bn cash withdrawals were made at ATMs worldwide in 2013, up 9 per cent from the 80.8bn in 2012. In terms of value, $2.55m is withdrawn from ATMs around the globe every minute, that’s $424,747 every second.

For everyone concerned, from your retailer through to the man on the street, the simplicity of cash is its biggest selling point. It has none of the privacy and data security concerns of electronic payments and the processes for dealing with cash payments have been in place for centuries. For this reason, the Bank of England continues to invest in cash, illustrated by the planned launch of the new polymer five-pound note in 2016.

Ultimately the popularity and growing ubiquity of cashless payment options show that mobile and online payments have a valuable role in modern society. However, it’s also clear that cash is important to both customers and retailers alike, providing the only simple, universally accepted method of payment on the market. Digital alternatives and cash must work together to provide the customer with a choice of payment option. Choice is king for the customer, and that means cash will be here to stay for many years to come.