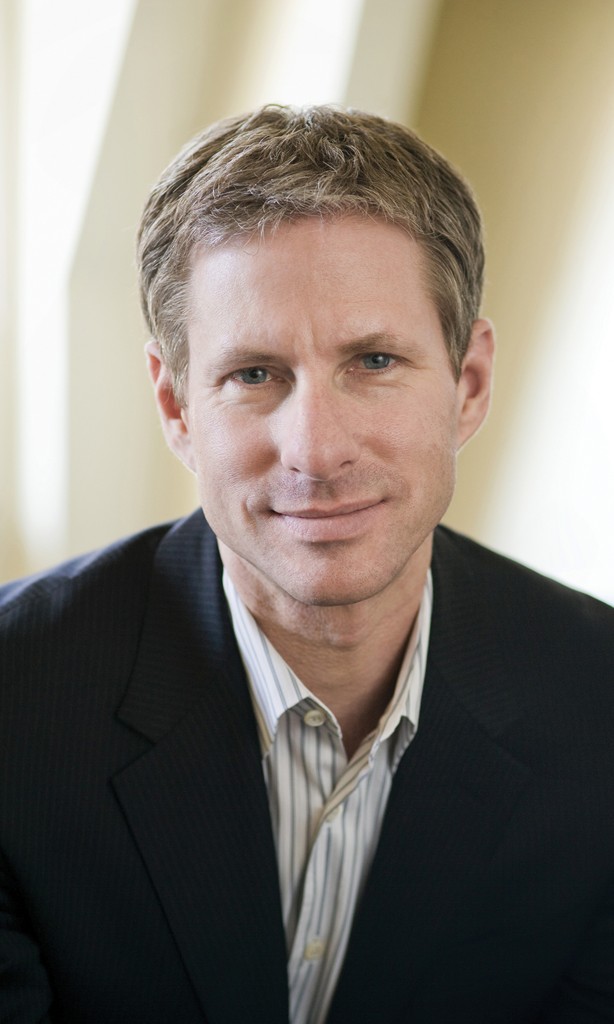 Larseen: “banks are extremely well positioned to take advantage of this technology”

Chris Larsen, chief executive of Ripple Labs, groaned when I told him that the first time I’d heard of the company it was someone at a conference saying that the protocol was “going to put Swift and all the banks out of business”.

Larsen had just finished speaking at the EBAday conference in Amsterdam, where he was introduced as “a builder, not a disruptor”. It’s a description that he has to use quite often; in fact he says it is “a core value” at Ripple Labs, which is really an old fashioned Silicon Valley start-up, whose target market is the financial services sector.

“You disrupt your enemies; you don’t disrupt your partners. The best technologies are things you build, but the world is clearly changing very rapidly – there is no escaping that. The question is who are going to be the leaders,” he says.

Where Ripple Labs departs from the conventional wisdom is its view of the direction that technological developments are talking the world and the implications of that view. “We would argue that the Internet of Value is fundamentally different from the Internet of Technology,” he says.

“Financial systems have to bring together technology, capital and compliance, and that is really hard,” he says. “A lot of FinTech companies come in, say ‘no problem’ and then they hit a wall when it comes to compliance, it is just a different beast.”

In the Internet of Value, you have to bring together a lot of different concepts, and there are different consumer behaviours to be taken into account, he says. For instance, the kind of data that people share on Twitter or Facebook is very different from the kind of data that they share when they make a financial transaction – from a computer science point of view, it is still simply data, but if you start thinking of it using concepts like trust and value, it starts taking you in different directions, and new possibilities emerge.

“We want to really provide infrastructure tools – we are building the shovels and picks – and our belief is that the Internet of Value is going to be built on the foundations of the custodians of value, just as the Internet of Knowledge was built by the custodians of that knowledge, which of course were universities and research facilities,” he says. “What then [happens] is in five-years’ time, if you have real time almost-free instant settlement, is that you have all kinds of new business models.”

An example he gives is that as the Internet of Things develops, cars will be communicating with each other, and with roadside sensors. Looked at from an IoT perspective, these things are necessary to ensure there are no collisions, or dangerous driving, or to provide information and entertainment to the passengers.

Looked at from the Internet of Value perspective, new possibilities emerge. Consider the situation where a driver wants to overtake the vehicle in front, but for some human reason the driver won’t change lanes and let them pass: what if the cars could exchange some micropayment? Would it be possible to pay a few cents as an incentive to the car in front?

Leaving aside the likelihood that this would lead to some drivers deliberately driving slowly to hoover up some micro-cents, it is a vivid picture of world where Ripple-based exchange of value creates new opportunities.

“Once you get a system that has enough liquidity – do you have enough banks – drawing in market makers, and instant, basically free infrastructure for exchange of value, it all starts running together and devices can have ‘a bank account’,” he says.

The scale also changes. “A bank might have five million customers, but they could all be connected to 500 million devices that all have tiny little bank accounts, and those devices can be doing most of the payments,” he says. “That certainly can be envisioned: today it is not possible, but it once wasn’t possible to send inexpensive letters and make phone calls on the internet. Now there is so much communication going on – but the internet didn’t replace letters and phone calls, though it started out doing that.”

In fact, it has already started happening in peoples’ homes to some extent – millions of smart TVs running on-demand video streaming services are effectively initiating payments every time the viewer chooses a new box-set to watch; Ripple’s vision just takes that a few steps further.

While Larsen is putting his faith and the future of his company behind equipping the banks and financial services industry with the tools take advantage of this change, he does think that they have to act. “If you don’t act, you will give Google and the like the time to learn about compliance – and they will, no question – but we think banks are extremely well positioned to take advantage of this technology and that is where it will have the most impact,” he says “You can enable a bank now to do real-time settlement at very low cost, which they can offer to their customers, and that completely changes things.”

The key use cases for the Ripple distributed ledger blockchain are in cross-border payments, and in domestic clearing and settlement. Where it is likely to be most disruptive is in the correspondent banking model, though Larsen prefers to think of it as being an improvement over the status quo: “Correspondent banking is a chain of intermediaries that creates risk, cost and time delays at every step of the chain; Ripple removes those intermediaries and allows any liquidity provider to compete for the flows and see all of the others,” he says. “You could think of it as a giant pathway-finding algorithm that will completely transform correspondent banking.”

There’s a word that Larsen used many times in his EBAday presentation, applied to all areas of financial services, from central banks’ real-time gross settlement systems to hedge funds investing directly – and that word, as in the previous paragraph, is not disrupt – it is transform …