Benchmark shows banks overpaying for IT 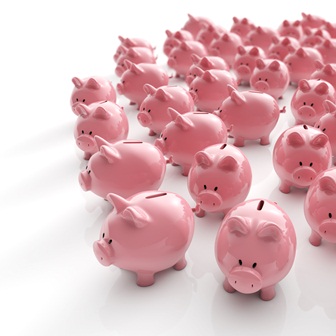 The eye-watering amounts of money banks spend on technology are legendary – and largely inflated according to research that shows that they are paying far higher margins on significant parts of their budget than other industry sectors .

The industry is still under the illusion that it is getting a good deal, but that is down to a “lack of awareness and transparency concerning product mark-ups”, according to the third annual IT margins survey from procurement specialist KnowledgeBus.

The research reviewed IT spending across 20 sectors including banking, retail and manufacturing and found that banks have paid average margins of 16% and “in extreme cases up to 254% above the trade price for IT products” – while the Society of IT Managers reckons that margins should not exceed than 3% of the trade price.

“The size of some of the margins is a concern. In all likelihood these will be products that fall below the scrutiny radar – the one-off or low volume purchases, which may be a distress item or spontaneous buy. They may also be smaller items like extension cables, USB flash drives and SD cards,” said Al Nagar, head of benchmarking at KnowledgeBus. ““The scrutiny of spending on these items cannot be neglected, however, as they often make up a larger than expected percentage of the budget – in some cases as high as 25%.”

“A slight drop in average margins across all sectors suggests that many organisations are getting better at scrutinising their IT purchases,” said Nagar. “Achieving the best price on IT products can be difficult, with trade prices in a constant state of flux, and yet product lifecycles send prices down over time. Securing optimum price requires careful monitoring of the market situation and data analysis. In the main, IT managers and procurement teams are becoming more vigilant but the research has shown better value and savings could be achieved.”