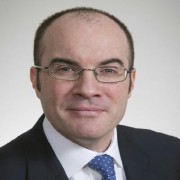 Industry association FIA Europe is calling on regulators to make changes to derivatives laws, including amendments to Basel III and MiFIR, as well as EMIR reporting obligations. The association argues that without the changes it is advocating, the viability of some of the new rules will be at risk.

In its latest whitepaper, ‘A review of the cumulative effect of European derivatives law reform’, FIA Europe notes that different regulatory approaches have been taken in the UK, the US and Europe on reporting, margining, trading and other requirements, leading to overlap and unnecessary duplication of rules, as well as some conflicts. In response, the association has set out seven recommendations covering leverage ratio, indirect clearing, pre-execution and STP checks, cross-border regulation, reporting, thresholds and industry feedback.

Of these, the single most important is that the leverage ratio under Basel III should be amended to recognise the exposure-reducing effect of segregated margin. “Without that important change, the viability of clearing under EMIR is significantly at risk, ” said Simon Puleston Jones, chief executive  of FIA Europe. FIA believes that the European Commission’s EMIR legislation and the Bank of England’s CRD IV rules do not mutually re-enforce the G20 objective of increasing the extent to which derivatives are cleared via CCPs, because the costs introduced by CRD IV have resulted in clearing brokers leaving the industry, thus reducing access to central clearing.

The problem is all the worse, according to FIA, because considering the capital and resources required, “it is now highly unlikely that new players will enter the market”. The suggested change to the leverage ratio is intended to ensure that there is enough balance sheet capacity among clearing brokers to clear the derivatives that are subject to mandatory clearing under EMIR, to protect user choice of clearing members and to mitigate the risk of further reduction in the availability of clearing.

The other core recommendations of the paper are:

On the subject of EU versus third party and member state legislation, FIA argues that because derivatives markets are global, it is critical for the regulation applicable to them to be globally consistent. But the G20 commitments have been implemented in an “inconsistent” manner in different places and at different paces. Inconsistent methodologies in Europe, as well as an opaque equivalence process, are singled out for criticism in the white paper.

Part of the motivation for the white paper is the concern that regulation in the US and Europe may not be properly aligned. Although both the US and the EU have sought to implement the G20 commitments agreed at Pittsburgh in 2009, Europe has gone further and sometimes far beyond the scope of the original agreements. In the paper, FIA Europe calls on the European Commission to create a roadmap in the short term for global harmonisation of capital markets regulation. It also emphasised the need to make equivalence determination processes clear, transparent and standardised, and for Articles 13 and 25 of EMIR and Article 19(6) of MiFID to be expedited.

“Discussions with third party regulators should always commence as early as possible in the legislative process,” reads the document. “The European Commission could increase its efficiency in pro-actively identifying and addressing conflicts of European laws with those of third countries and national member states by establishing a dedicated team for this purpose.”

FIA also called on the Commission to allow more time for cost/benefit analysis and consultation responses, while recognising the EC’s new ‘better regulation’ agenda as a “welcome step” in the right direction on the grounds that the more transparent regulators can be, the better.