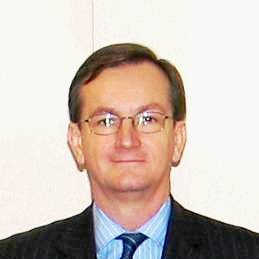 If young people trust Google more than they trust a bank, tomorrow’s customers may well hold their money with digital companies instead of traditional banks. It’s a thought worrying banking industry speakers at a recent British Bankers’ Association conference in London.

“I can’t imagine me and people of my generation paying their salary into a Google or Apple account; but I can definitely see my children doing it,” said Peter Neufeld, digital director of FS advisory UK and EMEA at EY. “They’ve grown up using Google. Why would they need a bank at all?”

The role of potentially competitive services – AliPay in China, Apple Pay and Google Wallet –  has become a fixture of debate in the retail banking sector in recent years. AliPay has 300 million users and over 700 million registered accounts, while China’s mobile payments market alone transacted $98 billion last year. Many industry observers see in AliPay and its parent Alibaba, an e-commerce company, a real threat to their business models.

Tim Yudin, director of collaboration and change at the UK Payments Council, says that the banks do face a credible threat of disintermediation – one that is backed by recent and upcoming financial regulation such as the Payment Services Directive II which takes effect in July 2017.

“Under PSD II, new parties can stand between you and the customer and carry out a lot of the important services for them,” said Yudin. “If you’re not thinking about third party providers, you’re going to be left behind. You could end up with a situation where you’ll see the customer’s salary going into their current account and payments going out but you’ll have no interaction with the customer because somebody else is doing that.”

Several online-only financial service providers have emerged in recent years, such as Moven and Holvi. These companies are technically not banks, but instead provide the front end ‘customer experience’ which the user interacts with. The processing and transactional aspects are then processed by a traditional bank, such as Nordea in the case of Holvi. But such arrangements are sometimes seen as setting a dangerous precedent, in which the bank is relegated to the role of back-office processor while the customer-facing interaction goes to the start up ‘challenger’ company.

Neufeld added that he is concerned about banks becoming less relevant in the lives of UK consumers. “It’s a big risk for our society, because those financial decisions are really important in people’s lives”, he said. Worldwide, PayPal has 165.2 million active accounts, many of which are held in western countries like the US and UK.

However, there is a divergence of opinion about how much of a threat such companies really are. Some bank speakers were less than impressed.

“There’s a big bloom of payment providers at the moment but they don’t know anything about service,” said Chris Popple, head of digitisation at RBS. “Apple Pay have outsourced the service provision because they don’t know anything about customer service. At the end of the day, the bank is here to protect the customer. You come to the bank for help.”

Earlier this week, RBS suffered a systems failure in which a batch processing system failed to update information, resulting in 600,000 transactions being delayed. However, instead of focusing on this Popple emphasised the need to educate customers and “make sure we don’t lose the opportunities for financial education.”

“Making sure you blend the human with the digital is the key for us,” he said. “Given our people information across all business lines is difficult but it’s important to enable them to be flexible and fit what the customer needs.”

In response, Yudin suggested that financial institutions could do more to help customers, particularly by being more proactive and reaching out to the customer, anticipating a need before it arises.

“We need a payments system where there’s no reason why a new entrant or an incumbent can’t do something innovative that benefits the customer,” he said. “Customers want more real time services, and I want the UK to have a world class payments system. Why don’t we as the financial services industry approach customers a few days before they have a problem and suggest something that can help, for example via text message. That will help to build trust and will be useful to their lives.”