If you’re tracking the hottest topics in payments, watch Mozido. Over the past several months, the Austin, Texas-based mobile wallet provider has been investing, hiring and expanding in sync with the most important industry trends.

In December, Mozido bolstered its cloud-based white-label platform by acquiring a stake in mobile NFC specialist CorFire. A few months later, it followed up with an investment in SimplyTapp, a pioneer in host card emulation (HCE)—a technology many believe finally will drive mobile contactless payments into the mainstream. The company also made a splash into China, announcing in February its acquisition of PayEase Corp., a Beijing-based payments gateway and processor with direct connections to China’s fast-growing e-commerce industry. Mozido rounded out a busy Q1 by hiring prepaid veteran and 2014 Paybefore Industry Achievement Award Winner Ron Hynes—formerly MasterCard’s global prepaid head—to lead the company’s global strategy.

For Mozido, each move can be traced back to what the company sees as key drivers of mobile commerce: technological advances, massive potential in emerging markets and the important role prepaid plays in the mobile payments ecosystem. All are strong areas of emphasis for the company, which offers its mobile wallet services—including payments, loyalty and offers—to financial institutions, merchants and telecoms, among others.

Putting the Pieces Together 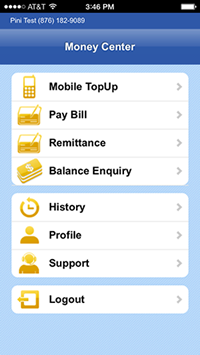 Shortly after its 2008 launch by payments industry veteran Michael Liberty, Mozido rolled out one of the first mobile wallets to hit the U.S. market, a money transfer service operated over Trumpet Mobile, a prepaid mobile phone network. Since then, the company has been on a mission to build a global mobile commerce network that can serve consumers in any market—banked and unbanked—regardless of service provider or handset manufacturer.

A major part of that mission is interoperability, with all systems working together to provide users with a seamless experience between payments, loyalty, offers—and beyond. “It’s all about ecosystem,” Liberty tells Paybefore. “There are a lot of moving parts in an ecosystem model, but we’ve built out each part so we can offer banks, telecoms and merchants a way to fully engage their customers using mobile.”

The company’s cloud-based platform offers clients flexibility to tailor that engagement to their particular needs. For instance, the platform is agnostic when it comes to payments acceptance, offering support for PIN, QR code or NFC-based payments. But the importance of mobile goes beyond payments, Liberty notes. “Mobile is key for customer engagement. It’s a way to connect with the consumer outside of the store via loyalty, promotions and rewards. We believe mobile devices will become the main communication channel to the consumer.”

Mozido’s vision for an interoperable mobile ecosystem has found plenty of support from investors. Since its founding, the firm has raised more than $300 million from investors, including MasterCard—and has used the capital to expand its footprint throughout the U.S., Latin America and the Caribbean—with more markets on tap.

The Time Is Now

After years of developing its infrastructure, the inflection point for mobile to go mainstream is here, according to Liberty. “The mobile commerce market is moving quickly in a positive direction, and we’re ready to benefit from building out our business model,” he says. Liberty credits Apple Pay with bringing about a sea change in public perception of mobile payments. “The release of Apple Pay was the single most important moment for mobile payments,” he says. “Even though the user experience is the same as many other mobile payments services, Apple is trusted by consumers as an innovator, so [Apple Pay] finally made mobile a viable channel for many people.”

And while Apple Pay doesn’t utilize HCE—instead relying on a secure element within the iPhone—Mozido sees HCE as another milestone in NFC payments. By enabling financial services providers and retailers to launch NFC services without having to incorporate a telecom-provided secure element, HCE is set to open the floodgates for development of NFC payment apps and services, Liberty believes.

That belief in HCE led Mozido to invest $2.5 million into SimplyTapp, another Austin startup widely credited as the inventor of HCE (and itself featured as a Paybefore Innovator last year). The investment gives Mozido access to SimplyTapp’s HCE platform. Paired with the acquisition of CorFire—a global leader in Trusted Service Management for secure element-based systems—Mozido can offer its clients NFC services built on either model.

Mozido sees prepaid as essential to its business as it helps clients reach all consumers whether or not they have bank accounts. With Hynes now serving as president of global markets, Mozido has some considerable firepower behind its push to expand mobile commerce globally—for the financially underserved and fully banked consumers who want to use prepaid to fund mobile shopping, Liberty says.

“The prepaid concept is one of the most important foundations of mobile commerce,” he adds. “Ron knows the market backward and forward worldwide, which will be important in leading our efforts.”

Mozido’s global ambitions took a major leap with the February acquisition of PayEase Corp., a Beijing-headquartered firm licensed by the Chinese government to process sales to customers within China for outside retailers, including Amazon, Apple and H&M. With direct connections to 23 Chinese banks, PayEase offers online, in-app and mPOS purchases for nearly any China-issued payment card. Along with giving Mozido’s clients access to billions of Chinese consumers, the deal also creates the opportunity for Mozido to market its mobile payments and marketing services to businesses within China.

“China is going to see incredible growth in mobile commerce, and now we have a beachhead there,” Liberty says. Alibaba, China’s biggest online retailer and one of the most successful e-merchants in the world, has achieved its outsized success despite just 7 percent of its sales coming through the mobile channel, Liberty points out. “It’s still early days for mobile in China, but mobile commerce will eventually rule the day.”

Mozido also has its sights set on India, Indonesia and the Middle East, the latter of which offers a particularly active remittance market, with many foreign workers sending money to their home countries. “We like to find companies offering services where our platform can turbocharge what they’re already doing. We’re excited about what the future holds for mobile commerce globally.”