Halifax doubles mobile user base in a year 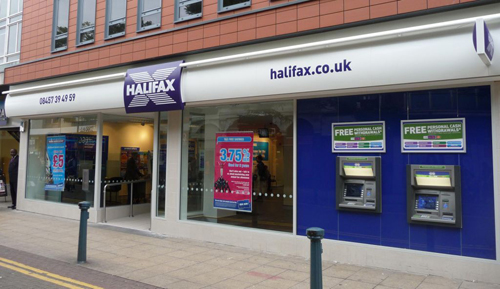 UK retail bank Halifax reports that two-thirds of its internet banking customers are now using mobile devices to log-in, doubling the number of mobile banking sessions compared to a year ago.

Newly-released figures for March indicate that Halifax customers logged on to their bank account almost 40 million times using their mobile phone in March, compared to around 20 million in the same month in 2014. According to the bank, the doubling of individual logons recorded signals that mobile banking is fast becoming the channel of convenience for many.

“Since launching our new mobile app last summer we have seen huge growth in the number of customers logging on via a mobile, so much so it is now clearly the most popular choice for active digital users, and shows a shift in the way people are choosing to do their banking,” said Anita Hockin, head of digital for Halifax.

Overall, almost two thirds (64.6%) of all online banking logons are now being carried out via a mobile phone, compared to 26.4% for a desktop and 9% for a tablet. Additionally, a fifth (21%) of active online banking customers have solely used their mobile for all their banking needs in the past three months.

Slightly more than half (54.6%) of all active Halifax current account customers are now also actively using online banking, with just under a fifth (17%) of these solely using internet banking to manage all their banking needs in Q1 2015.

All age ranges are seeing growth in the use of digital banking, with those aged between 18 and 29 the most likely to bank via a digital channel in the past three months. In fact, around four out of five (78%) in this category are active digital bankers. However, the older generations are also switching on to new technology: almost two fifths (37.5%) of 60-69 year olds bank online, whilst a fifth (19%) of the over 70s have used internet banking in the past three months.

The impact of mobile banking can most acutely be seen in the change in behaviour of when people access their accounts. Not only are customers accessing their accounts more frequently, but there has also been a shift in digital banking habits, and most importantly mobile banking, as people log in earlier in the morning, most likely on their morning commute.

In March 2015, the most popular time for customers to log in to their accounts was between 8am and 9am, a shift from 9am – 10am from the year previous. However, when looking at the data for mobile banking customers, the most popular time for logging in to internet banking is between 7am and 8am, indicating the impact those logging in before the working day starts is having on influencing overall trends.

“Whilst digital is becoming ever more popular, we have found that most of our customers use all of our channels, be it in branch, over the phone or as this latest data demonstrates on their mobile,” said Hockin. “It is therefore important that we continue to listen to our customers and innovate, to ensure they are able to access their bank in the way that suits them best.”

Indian government takes next step in banning #cryptocurrencies To this end, it has just announced that the ‘Crypto… twitter.com/i/web/status/1…