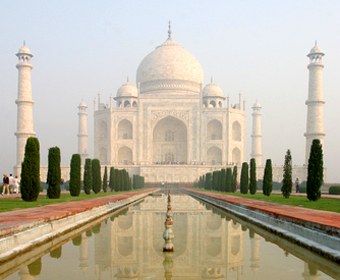 India’s Axis Bank has released a mobile payments service called Ping Pay, which allows customers to send money to each other using Facebook, Twitter, WhatsApp, email or phone number. The bank says the service will help it to reach young consumers, as social media websites and smartphones become more widespread and accessible in India.

Access to financial services has always been an issue in India, where 41% of households are completely unbanked, according to figures provided by the Bank of India. However, India has over 950 million mobile subscriptions, which equates to a mobile penetration rate of 74.6% according to WCIS stats for March 2015. At the same time, social media use is growing as internet access spreads. Facebook already has over 112 million users in India and Twitter has around 30 million.

The bank says that it sees its new service as part of a step towards a cashless economy in India, which already has a large prepaid mobile market. The Ping Pay app, which was developed in partnership with Singaporean venture capital company Fastacash, also lets users send mobile top up to a recipient. Fastacash allows money, airtime and coupons to be transferred, as well as digital content.

“India is one of the fastest growing social and messaging markets, with most of these services being accessed from mobile devices,” said Vince Tallent, chairman and chief executive at Fastacash. “The Indian consumer is looking for new and innovative ways to interact with payments and this is evident from the growth in the number of mobile wallet services being made available in India. Our focus is really on simplifying the entire digital banking and payment experience.”

The actual transfer of funds on Ping Pay happens via the immediate payment service run by the National Payments Corporation of India. The transaction limit is 50,000 Indian rupees per day, equivalent to about £500. Customers can send the funds even if the recipient doesn’t have an Axis Bank account. Axis Bank account holders can download the Ping Pay app and sign up for the service using their registered mobile numbers and associate their Axis Bank internet banking credentials or ATM/ debit card to send money and mobile recharges. When sending money, the user chooses a social or messaging channel and selects the name of the person to whom the money is to be sent. They enter the amount to be sent and set a “ping code” that is shared separately with the receiver. Upon confirming the transaction, the money is immediately sent and the receiver gets a message across the social or messaging channel selected by the sender.

The receiver has 15 days to transfer the money to his/her bank account using IMPS. In the event, the receiver does not claim the money received within 15 days, the transaction would be auto-reversed to the sender’s account. Ping Pay also has ‘Ask for Money’ and ‘Ask for Recharge’ options, which would allow the receiver to put in a request for funds and also seek recharge from their friends and family. The Ping Pay app is currently available on the Google Playstore, and will be made available through the iOS platform in the coming weeks.

Axis Bank is not the first bank in India to allow payments through social media. In January, India’s ICICI Bank launched a new banking service for Twitter, ICICIbankpay, that allows customers to transfer money to anyone in the country who has a Twitter account. The service followed the bank’s earlier moves into social media, which included launching a Facebook banking app in September 2013.

Axis Bank is the third largest private sector bank in India. The bank is present in 1,708 cities and towns across India, and also has overseas offices in UK, Singapore, Hong Kong, Shanghai, Colombo, Dubai and Abu Dhabi.