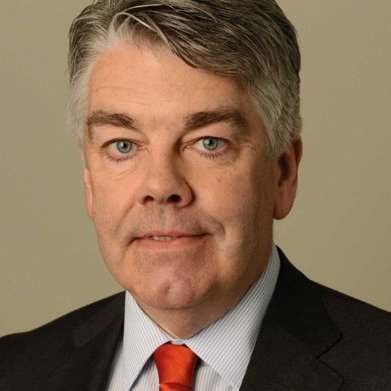 Corrigan: the industry can solve the trade reporting conundrum itself

New trade reporting requirements that would require banks and other capital markets participants to demonstrate best execution through data will impose massive costs and will not provide an equal level of benefit, according to senior executives speaking at the Swift Business Forum in London this week.

Under new European Commission rules being introduced as part of MiFID II, market participants will have to be able to demonstrate to the regulator ESMA that they met the obligation to provide best execution – and back it up with data. But some observers are worried that this will mean in practice that firms which are not necessarily able to carry out full data analysis of best execution in the moment, will nevertheless be judged harshly against the complete data set after the event.

“We are seeing a lot of excitement about best execution data obligations that must accompany best execution,” said Matthew Gravelle, head of government relations at Chicago Mercantile Exchange. “The industry feels that there will be massive new costs that outweigh the benefits. It requires a massive amount of technical work. This proposal opens firms up to all kinds of risk – notably because you won’t be able to execute against the complete data in the moment, but you will be measured by it afterwards, and that’s not in anyone’s interests.”

Gravelle was referring in part to the MiFID II mandated consolidated tape of European post-trade data, which is not expected to be available until 2017 at the earliest. Although the regulation specifies that the data provider must make the information available on a “reasonable commercial basis” within 15 minutes, there is no clear understanding as yet of what exactly a reasonable commercial basis means.

European rules on derivatives trade reporting are also a source of much debate. According to John Herbst, partner at Norton Rose Fullbright, the main stumbling block now is how to divide the different classes of derivatives.

“Are notional values the right way or not?” he asked. “Is it right to divide the derivatives asset class by asset class? Is that the best way to do things? One of the problems is that particular instruments in a class that may not be suited to sweeping pre and post trade transparency but once you have these broad stroke categories, you may end up with conditions that are not ideally suited to some instruments.”

Meanwhile, Gravelle added that differences between EMIR and MiFID II in Europe and Dodd-Frank in the US could cause further complications. While several international standards bodies such as IOSCO and the Financial Stability Board are looking at ways to reconcile and harmonise differing strands of global regulation where they meet, for the time being the complexity could cause serious confusion and impose additional costs.

“There are a lot of questions about what happens if a single trader submits to multiple regulatory regimes,” he added. “What if the requirements are not standardised? Compliance is looking more and more difficult unless all this is brought together. At an international level the whole point is to have a clear view of the market, so watch this space.”

Other participants felt that the proliferation of central securities depositories across Europe, each with its own set of definitions, makes it extremely difficult to make valid comparisons between markets. More standardisation may be needed before the data accumulated by the new regulatory regime can be put to good use.

“One of the big problems is the lack of common languages across the industry,” said Joe Halberstadt, principal standards consultant at Swift. “Multiple repositories all with their own standards have meant it’s been very difficult to get the value out of reporting that is wanted. We need LEIs and unique trade identifiers, UTIs. But there are different definitions in different regions and countries and that makes it hard to piece it all together. If we can get a common language for defining instruments, then we can harmonise reporting and repositories, then we will get real value out of these new regulatory requirements that are imposed on all of us.”

However, not everyone agreed that there was any realistic prospect of that happening in the near future. For Daniel Corrigan, chief executive at CME European Trade Repository, the idea that multiple trade repositories would be able to share the necessary files with each other to reconstruct the entire market on a daily basis is simply beyond the realm of possibility. Instead, he suggested that rather than waiting for a solution to be regulated into existence, it would be far better for the industry to come together and use its own resources to work out a solution.

“There are tens of millions of trades,” he said. “It’s beyond the will of mankind. It’s not possible. Reconciliation rates are below 3% – in fact, they’re well below 1%. And the most frustrating thing is that with the expertise we have in this room, we could probably solve this in a week. But the problem is that people get bogged down on things like how to handle a weather derivative, traded in yen, on a Sunday. That really doesn’t matter. Focus on the big picture!”