Out with the old in New Orleans? 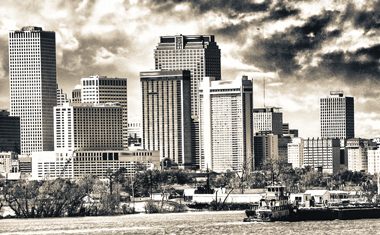 The announcement from the US Federal Reserve Banks that they support the development of a real-time payment system was the icing on the cake for those who have watched the proliferation of such systems internationally, particularly in the vendor community.

As the crunch time approaches for deciding how to proceed, it is worth stepping back and looking at how other RTP systems internationally have come about and what lessons can be learned from their experiences.

“I guess the big issue in the US will be how to make a business case for RTP,” says David Yates, chief executive of VocaLink, which built and operates the UK’s six year-old Faster Payments system. “Obviously putting in the clearing mechanisms is one thing, but making it attractive for consumers and businesses to use it and for banks to make money out of it is another.”

In the UK the question was less important because there was regulatory pressure to move regardless of the business case.

Over the six years that Faster Payments has been running, people have developed business cases – many businesses outside the banks have been able to launch new models based around the service, but there is still room for innovation, says Yates.

VocaLink has itself been driving that, first in the person-to-person area with a service called Paym that uses a proxy database of mobile phone numbers to allow bank customers to transfer money between themselves using their mobile phone. 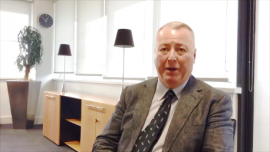 Yates: “the clearing system can be used to for point-of-sale, e- and m-commerce transactions between consumers and merchants directly …”

The second is Zapp, which Yates calls a payments ecosystem, which uses the Faster Payments to facilitate direct transfer between merchant and customer.

“For the first time, the clearing system can be used to for point-of-sale, e-commerce and m-commerce transactions between consumers and merchants directly, without reference to the card clearing networks,” says Yates.

The intention is to build further on the Zapp infrastructure, adding invoicing and small business payments capabilities.

The mechanism is just the platform on which innovative solutions can be built. “The business case can be derived from proper commercial applications. The basic infrastructure is a perquisite, of course, but the business case will be all about these overlay services, allowing people to conduct real commerce integrated with e-commerce across the RTP,” says Yates.

VocaLink was also involved in the Singapore FAST deployment, which went live last year. This was built using the experiences of the UK deployment, but the company took the opportunity to update the architecture and extend its functionality, notably by basing it on the ISO 20022 standard rather than the ISO 8583 payment card standard used in the UK.

This requirement – which seems to be becoming the norm in RTP proposals internationally – means that the payments can be combined with data, which creates all sorts of potential for new innovative services.

For Stig Korsgaard, engagement director at Nets, a Nordic supplier of payment systems, data is key to innovation on top of the infrastructure. “I think we will move on from talking just about payments, because real-time is not just about payments – it is a real-time information highway that we are talking about and you need to take more steps to remain competitive. It is all the other things that make real-time that are going to be the real killer possibilities if the banks want to maintain their position going forward.” 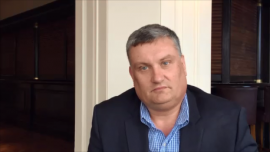 Korsgaard: “if you act quickly there is room to fend off new competition”

Nets was the supplier of a RTP system that went live in Denmark last October, after a remarkably short gestation. “It was part of the banks taking the larger step to completely renew the infrastructure, so it was a combination of a new intraday infrastructure and real-time payments on the side of that,” says Korsgaard. “It went from zero to operation in 14 months, very quickly and very successfully, and the banks were committed all the way through.”

Getting such commitment and collaboration – a notable feature of the Nordic financial services industry – is one of the challenges of the whole project, VocaLink found.

“Building a real-time payment system is a complex task,” says Yates. “Ultimately it has to reach every consumer and every business, and all of the banks – it is very difficult to do with a limited subset of the banks. You can buy switch technology from many places, and settlement technology from many others, but bringing it together in a concerted action where everybody is pulling together to deliver a multi-party programme is a difficult job.”

Another issue is the role of the regulator, Yates adds: “To what extent the regulator is willing to drive innovations becomes significant; the basic money transmission probably won’t yield much of a business case – it’s once you develop those commercial applications, particularly mobile and e-commerce, that really come to life on an RTP that you can find a way to underpin the expenditure with revenue.”

Korsgaard agrees that regulation has a role to play here. In Europe, much regulation is driven by the desire to increase competition, as with the second version of the European Payment Services Directive, which includes provision for non-bank service providers to have access to customer bank accounts.

The combination of such deregulation and the fact that many of the so-called disruptors will be looking to offer their services in real-time creates “an interesting picture” says Korsgaard: “As well as the disruptors entering the market, there is also the regulatory side with PSD 2, which is now taking down the last fence to access to accounts.”

It was starting to look like there was little banks could do to stave off this competitive double-whammy, but the Danish experience proves otherwise, he says,

“In 18 months the banks launched two P2P schemes and got to the consumers and retailers – within 18 months 50% of the population had signed up – and at the same time they produced the necessary interoperability by laying down the real-time rails,” he says. “They have managed in a very, very short time to get in and own the interface to the customer; it shows that if you act quickly there is room to fend off that new competition. It doesn’t mean you will win in the long run, but if you take the chance, you can do it.”

Perhaps that’s one reason that developed economies are looking keenly at RTP systems but Yates says that there is interest from around the world, including Africa and the Middle East. “The developing economies see this as an opportunity not just to introduce a new general clearing service but to implement the very latest technology – the leapfrog effect that we saw with telecommunications, particularly in Africa, I think we will also see in payments,” he says.

Cross-border payments are the next frontier, as it were, with proposals to develop a system or systems that will operate in those European countries that use the euro paralleling the scale of the US.

Late last month the inaugural meeting of the Open Forum on Pan-European Instant Payments attracted 77 representatives from 55 payment service providers, technology providers and other stakeholders to Frankfurt to kick off discussions about requirements and collaboration on infrastructure services to support instant payments at a pan- European level.

The initiative is a response to a call for action by the Euro Retail Payments Board, which has invited the supply side of the payments industry to help achieve an open and competitive market for instant payments in Europe. Based on a vision document created by the European Central Bank, the ERPB has expressed a need for at least one pan-European instant payment solution for euro open to any payment service provider in the European Union and has invited the supply side to make an assessment of the issues related to the delivery of any such solution.

The new supplier-driven forum was initiated by the Euro Banking Association, a pan- European association of payment service providers and suppliers with a focus on payments and operations. The objective is to “broaden the exchange of views on instant payments among payment practitioners and other stakeholders and to contribute to the upcoming instant payment scheme discussions”.

The forum also provides a platform for liaising with others engaged in related industry initiatives at a European and global level.

“The EBA would like to help kick-start the pan-European collaborative effort that will be required to support the end-to-end roll-out of instant payment services in euro across Europe,” said Wolfgang Ehrmann, chairman of the EBA. “We feel that the initiation of an open forum for payment practitioners and other stakeholders is one important element in the endeavour to make available instant payment services to customers all across Europe. The EBA has a long track record in generating supply side engagement and contributing to the practical delivery of pan-European visions – we are happy to bring this experience and expertise to the instant payment debate and support any solution-building activities with this wider engagement-building exercise.”

The proposal was one of the topics debated at the recent Payments International conference in London. Though the proposals don’t yet have much flesh on their bones, many delegates seemed to feel that interoperable domestic RTP systems will be the likely outcome.

“It’s hard to see how it will play out, I believe that rather than being a central initiative it will be a federation of the existing systems that are out there plus whatever new needs to come,” says Korsgaard.

So what of the US? A federated approach would have some obvious attractions, but what issues might be unique to the world’s largest economy?

“I’m not sure that scale is all that important of itself, other than the need for capacity. What is more of an issue is the existing preponderance of creative banking products. A new service is not coming into an empty market, it’s coming into a market with very functional and rich products, so the economics and the consumer and business propositions really need to be carefully thought out to make sure that the service has relevance,” says Yates. “The thing that stands out for me in the US is that though consumers and merchants are already well connected by the card networks, those card services are fundamentally batch and were not designed for the e- and m-commerce age – and when those sectors are so vibrant the payments systems really has to match up with them.”