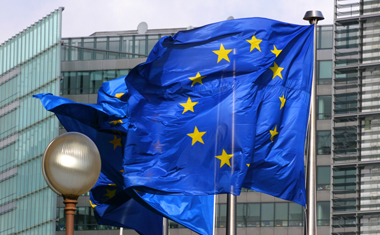 The European Commission’s MiFID II legislation is a poorly thought-out, arbitrary and unclear piece of rule-making that will prevent traders from being able to do their job. Worse still, a lack of clarity over the final details will inflict uncertainty and cost on market participants from now until 2017, according to delegates at TradeTech Paris this week.

“The double cap on dark trading in MiFID II seems to be a strange attempt at compromise between those who want less dark trading, and those who think it should be protected,” said Rob Boardman, chief executive EMEA at ITG. “It may end up pleasing no-one and upsetting everyone.”

MiFID II has been battling its way through the European legislative process for five years. The new rules aim to harmonise the trading of securities in the European Union and to increase transparency and efficiency. However, common criticisms levelled against the rules are that they will stifle consumer choice and in some cases may negatively impact flows. Delegates at TradeTech picked up on the proposed 4% and 8% volume caps which MiFID II introduces in an attempt to limit the proportion of trading activity that takes place on dark venues.

According to Brian Schwieger, head of equities at the London Stock Exchange, the effect of the caps will not just be to affect dark pools. It will also impact OTC trading, because the negotiated trade waiver that is used by many dark pools is also widely used to trade OTC. From the FTSE 100, there are 28 names excluded from the caps under the reference price waiver – but since the new rules also include the negotiated trade waiver, there is only one name that can be traded outside the caps. The LSE further estimates that about half the FTSE 250 will also be affected.

“What this underlines is that it’s not just dark trading – it’s OTC, and that will affect everything that brokers do,” he said. “Even when a human sales trader is trying to finish up a position and trade the last 10,000 Vodafone shares, for example, he will not be able to complete the trade because of the new rules. To resolve this, we are going to have to look at changes in the way algos trade and in the way we report, and there will have to be more use of the large in scale waiver.”

Other speakers accepted that the basic premise of MiFID II in this area is to move trading to the lit book and improve price formation, but questioned how success or otherwise of the rules might be measured. “We all know the theory, but what are the success criteria in two or three years’ time?” asked Per Loven, head of international corporate strategy, Liquidnet Europe. “I’d like to see an improvement in the definition of the large in size waiver, because at the moment things could end up very similar to today or completely different – it’s unclear. It could go either way, but implicit trading costs will be higher.”

The lack of clarity over the final shape of the rules was crystallised when Schwieger asked Fabio Braga, senior associate for trading venues policy at UK regulator the Financial Conduct Authority, how the caps would be calculated, especially given that most of the FTSE will be outside the caps for the first half of 2017, and that the caps are based on a 12-month rolling calculation. In the face of rising laughter from the audience, Braga was forced to admit he did not know the answer.

“We are working on that,” he said. “Where there is a transaction that would fit under more than one waiver, we are working to decide what format the data will be in and what arrangements must be made to check per instrument and per trading venue.”

That wasn’t good enough for Mark Hemsley, chief executive at BATS Chi-X Europe, who pointed out that the result will be trades “flipping in and out” of being eligible for the dark pool trading caps. When Braga protested that there was nothing he could do,  Loven stepped in: “Well there is something we can do,” he said. “When do we pull the brake?”

Meanwhile, other panellists couldn’t resist a dig at the political process behind MiFID II. Markus Ferber, a Member of the European Parliament, said that MiFID II was originally an attempt to “turn on the light without turning off the tape”. While admitting that the concept of dark pool caps had proved controversial during discussions on the legislation, Ferber added that the rotating EU presidency had also thrown a spotlight on some of the inconsistencies of EU member states and their approach to the rules.

“One country had presidency and after they came out of presidency they opposed their own proposal,” he said. “I believe the double volume cap will not function.”