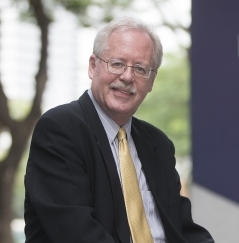 Real time payments ‘innovation’ is in fact simply capitalising on advances that first appeared four decades ago, according to panellists at the Swift Business Forum this week. Since then, progress has been glacial in many places. So why has it taken so long to get real time payments?

“You’d hardly think it would take 40 years,” said Robert Kauffman, professor at Singapore Management University. “But that’s how long it’s been since Japan first introduced real time payments in the 1970s. In the US, nothing has happened. Countries with a strong mobile infrastructure are catching up fast. Mexico is moving to clear and settle in real time. Swift is trying to drive Australia to real time payments in 2017.”

According to a paper released by Swift this week, there are 12 countries that are working on real time payments projects. The European Central Bank is also considering what can be done in Europe to facilitate faster payments. Recent changes in settlement times in Europe mean that the capital markets are also moving nearer to real time settlement for transactions. In the UK, the Faster Payments scheme is a month away from its eighth birthday, while mobile proxy service Paym allows customers to use a phone number to make a payment.

However, there are still serious obstacles. Michael Mueller, global head of cash management at Barclays, pointed out that there is a significant amount of bank infrastructure that would be needed to support real time settlement. Front end services will need to be changed, and while from a retail perspective it makes sense, the business case may be harder to justify on the corporate side. Nevertheless, Barclays does operate Pingit, a mobile money service in the UK that runs on Faster Payments. Pingit allows users to send and receive funds via mobile. The mobile app supports any customer that has a UK current account with any bank, and is also available for corporates if they are a Barclays customer.

“It’s not as easy as it looks,” said Mueller. “Consumers expect a near-free service because a lot of the services they get online are free. Meanwhile interest rates are at historic lows, which makes current accounts less profitable to run. As an industry we should not underestimate the complexity of going real time. I am sure it will happen and I do believe we need to move payments into the 21st century. It’s hard to explain to consumers why it takes four days to move money from one account to another. But it can be a difficult economic model.”

Other participants highlighted the difficulty of maintaining a real time or near real time service around the clock, in a world where consumers have 24/7 access to Twitter and Facebook and can quickly draw attention to any glitch or problem.

“The bit that gets me is that if my infrastructure stopped working for four seconds, all the customers know,” said Craig Tilotson, chief executive at the UK’s Faster Payments. “All the data feeds are connected up. Everyone on Twitter knows. Within moments, the entire world knows. Exposure to consumer businesses 24/7 is a new model. Operational risk and integrity questions reach new heights when everyone is looking at you.”

Tilotson added that for a transaction to go through, the central bank has to be up and working, as well as the sending bank and recipient. If any of these ingredients is absent, the transaction will not work. The scale of infrastructure needed simply to keep things running constantly is significant. Meanwhile, one of the other potential pitfalls of real time payments is that anti-fraud systems have less time to work with.

“Remember the film Minority Report?” asked Kauffman. “That was about predicting if someone is criminal. We need to pick up as much relevant information in real time as possible and that’s more difficult. How can you predict if someone is a criminal? We need good predictive analytics so we know which payments are likely to be fraudulent, and we are working to understand the precursors for security problems. A lot of checks will have to be done in real time. Profiling needs to happen in real time to prevent fraud. Machines can develop pattern based knowledge that will one day become a hallmark of banking. It will be similar to what the credit card companies and the HFTs are doing today.”