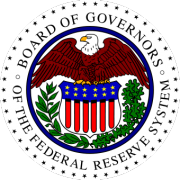 More than 300 organisations have applied to participate in the US Federal Reserve’s task force for faster payments, Sean Rodriguez, senior vice president for industry relations at the Chicago Fed, said yesterday at the Nacha conference in New Orleans.

The would-be participants cover a wide range of interests from large and small banks to vendors and merchants. Each organisation can have just one member participating and the time commitments are serious — up to 100 hours a month. They will probably be broken into groups to look at various aspects of a faster payments system. Registration for the task force ended Friday.

One challenge will be to reach some consensus on how to pay for a system. The Fed, said Rodriguez, doesn’t have authority to impose a faster payment system; that would have to come from Congress if it were to happen at all. The Fed will work on collaboration with the industry.

A McKinsey study for the Fed estimated the cost of a faster payment system at $4 billion to $7 billion, not including the costs to banks and other participants, such as corporates, to upgrade their systems to operate in near real-time. In a $15 trillion economy that cost doesn’t seem too large a price tag, Rodriguez added.