Securing the future of NFC? 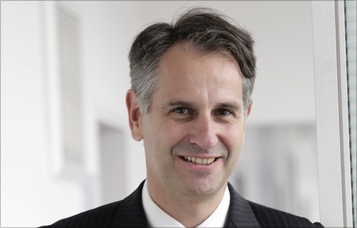 Ever since the deployment of Apple’s NFC solution – ‘Apple Pay’, and the various competitors launches since, there’s been speculation around what the future holds for consumer payments and how security will impact it, writes Jean-Claude Deturche

The number of mobile and NFC transactions are growing globally; and with the recent Apple Pay launch acting as a catalyst, NFC adoption is set to increase further as consumer awareness grows.

The result of this is that NFC is no longer faced with a chicken and egg scenario. Previously, outlets wouldn’t put the NFC infrastructure in place without the demand. Similarly, mobile device manufacturers were not building NFC into mobiles because outlets were not using them.

This is now no longer the case and in fact, the opposite is now true as providers push forward with NFC deployments, no longer waiting for someone else to take the leap first but rather racing to take the plunge themselves.

As a result of this fresh, invigorated approach to NFC deployments, new payment solutions will start being put into the hands of consumers on an almost monthly basis as NFC focused R&D labs work over time to harness the new revenue generating potential NFC offers.

There are more NFC capable phones on the market than is possible to count, and with more NFC devices on the way, this bodes extremely well for the contactless industry.

Now that NFC support on mobile devices has become mainstream, POS has become the last piece of infrastructure needed to be widely deployed to ensure the success of NFC. And there too, the outlook is positive. While some countries like the UK, Canada, Australia and Spain already enjoy high rates of contactless payment terminal deployments and transactions, there are other countries like the U.S. for example, where the rate of contactless acceptance at POS is very low.

However this is soon to be resolved. Card schemes have set an October 2015 deadline, encouraging merchants to upgrade their infrastructure to support EMV payments or face an undesirable “liability shift”. This has prompted the majority of US retailers to upgrade their payment infrastructure, many of whom have also used this upgrade as an opportunity to enable contactless at the same time.

Although infrastructure is key to adoption, there’s also a cultural battle that needs to be won; and getting people accustomed to using their mobile phones to make payments will play a crucial part in the success of NFC.

People are already starting to get used to contactless, tapping in and out with their Oyster on the tube, tapping their security passes to unlock doors, and paying for goods by tapping their cards on card readers, so the cultural battle is already being waged. Transitioning consumers from contactless cards to mobiles is the next step the industry needs to tackle.

Once consumers get used to the idea and find out how easy it is to pay by tapping their phones and walking away, it should start to catch on. Again Apple needs to be credited for its contribution towards user adoption. While earlier solutions proposed user experiences that were not compelling enough to drive users to change from plastic to mobile, Apple Pay has set a new standard in terms of user experience making it extremely smooth both for enrolment of payment credentials and for payment at the point of sale, without compromising security. Moving forward, competing solutions will have to match this user experience, which will ultimately benefit consumers and increase user adoption.

Service providers are keen to see the transition from plastic to mobile take place because of the many advantages it provides them with. Consumers transacting through their mobiles will provide plenty of information about their habits that service providers could use, compared to plastic, to build more accurate consumer profiles and provide more tailored services and offers to individuals.

In order for consumers to start using these services, however, there needs to be an element of trust involved. Consumers have extremely high expectations and want service providers to have solutions in place that don’t compromise their privacy and security. Should this ever be compromised trust will be lost and will be very hard to win back.

Consumers need assurances that the technology is not only convenient but also that their credit card information or banking details stored on the mobile are protected. Mobile devices are, on one hand, much more exposed to attack by the very nature of being a highly connected device. On the other hand, however, they offer a wide range of features such as geolocation, device fingerprinting, tamper-proof hardware components and even online connectivity that represent a powerful toolset capable of providing comparable or even higher security levels than EMV cards.

Payment innovation is not linear and there will always be new technologies and use-cases developing simultaneously. This creates an exciting but also challenging environment for businesses looking to create a simple, cost-effective, and secure solution. Fortunately, businesses can now take advantage of services that offer a one-stop, single connection to securely deploying mobile payment services across different smartphones and mobile networks. By matching the needs of service providers with mobile operators, streamlined opportunities are being created with integrated NFC offerings, brought to market as quickly and securely as possible.

Ultimately, 2015 is set to be a pivotal year for widespread consumer adoption of NFC technology, with mature devices, solutions and infrastructure becoming available at an increasingly fast pace over the last six months, and this looks set to continue.

As we approach mainstream adoption, security must be paramount in the mind of adopters in both the business and consumer sphere. Apple has recognised this – and as such invested significantly in the security of its NFC solution. The rest of the industry is now beginning to follow this lead.