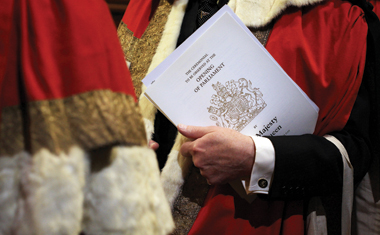 The UK should lead the development of an EU Capital Markets Union, according to a report from a House of Lords committee published today.

A Capital Markets Union could be a major engine for stimulating growth in Europe, by diversifying businesses’ access to finance, the report concludes. At the same time, cross-border capital for infrastructure and long term investment needs to be unlocked.

The Lords EU Sub-Committee on Economic and Financial Affairs has been investigating the European Commission’s plans for a Capital Markets Union, billed by the EU Commissioner with responsibility for its development, Lord Hill, as ‘a true single market in capital’.

“For far too long in the EU we have been reliant on traditional sources of funding, and it is becoming increasingly clear that there is a huge opportunity that lies beyond the banking sector,” said Lord Harrison, chairman of the committee. “One need only look at some of our international competitors, such as the US, where alternative credit is now very much part of the funding furniture, and making a real difference.”

Lord Harrison said that a European Capital Markets Union that unlocks capital and provides much-needed alternative sources of finance to SMEs across the EU “will be a significant boost to growth and jobs creation”.

“We also urge the UK, where capital markets are better established than in other Member States, to take the lead in spearheading this Capital Markets Union,” he said.