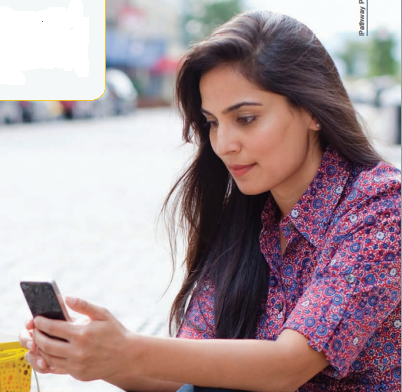 Generation Y: not necessarily only interested in digital services, according to Celent

The key to success in digital banking is to understand that not all customers want it and segment service offerings appropriately according to a new report from analyst firm Celent.

In its new report, Making Innovation Matter, Celent groups users in three categories based on their use of various technologies: highly digital (22%), newly digital (36%) and analogue (42%). The study also divided people based on their level of engagement: active (36%), passive (43%) and rare (21%).

The factors that affect how a consumer is classified depend on behaviours such as using GPS to find a destination, researching products and services online, using a mobile device to access services, using social media, shopping online, using video chat services such as Skype and using various other online tools.

Despite years of marketing and hype in the banking industry around Generation Y consumers and the supposed ‘digital native’ consumer allegedly taking over the market in the next few years, the report’s findings suggested that banks would actually do well not to forget the so-called ‘analogue’ customers, who still account for a third of their customer base. It also found that significant numbers of the younger generation born after 1982 are actually ‘analogue’ customers who prefer to bank in a branch. While age is a factor, Celent warns not to use it in isolation but in the context of other factors.

“A one-size-fits-all approach to innovation is likely to fail miserably,” the report says. “Effective customer segmentation is necessary to turn a generic goal like ‘we will innovate to meet our customers’ needs’ into something for more concrete and actionable.”

Instead of lumping customers together or choosing to pursue one group of customers over another, the report says that banks should recognise that the hopes and expectations of a highly digital consumer will be very different from the analogue consumer who prefers to bank at a branch in person. These different customers need to be met with different approaches that fit their profile. Celent suggests that banks should be more specific when planning how to connect with customers using innovation.

For example, “We will transform the experience of our older, passive customer segment by engaging them with high-touch innovations at the point of sale” would be a better example than a bland statement about generic innovation, as would “We will target our highly digital active customers for technology-led service transformation, using their early adopter tendencies and enthusiasm as a testing ground for approaches that will eventually allow us to deliver better services at lower costs.”

The study also found that among consumers who were deemed ‘active’ users of financial services, innovation had a high impact for around a third (31%) and a modest impact for half (51%) of consumers, leaving only 18% for whom it had little or no impact. However, banks should avoid getting carried away. The same study also found that for passive users (the majority), over a third (34%) felt that innovation had little or no impact on their willingness to work with a particular bank. Just 16% in this group felt it had a high impact. The result suggests that if banks are going to pursue innovation, they should start with their most engaged customers first, and then work downwards from there, rather than seeking to engage all consumers at once.

“We believe that, for perhaps 25% to 35% of a firm’s customers, innovation matters a great deal and can be viewed as a tool to help capture their hearts and wallets,” says the report. “In a world of finite resources, experience suggests there is value in targeting improvement efforts at the most receptive segments of a market. There are ample opportunities for financial institutions to segment their customers for more effective application of scarce innovation resources, using either behavioural traits, survey responses or even traditional factors such as age – but these should not be used in isolation.”