The need for a resilient global network of FMIs 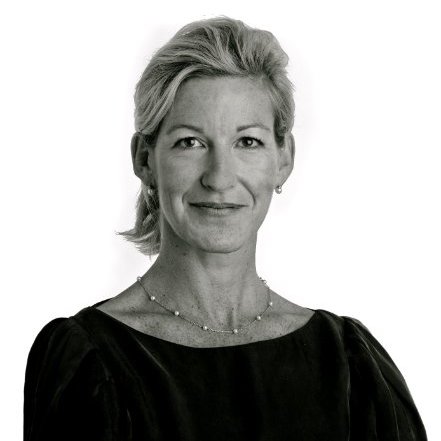 Natasha de Terán is head of corporate affairs at Swift

By facilitating payments, and clearing and settling transactions in the securities and derivatives markets, financial market infrastructures are essential nodes in a complex and ever more integrated international network of capital flows. The consequent inter-dependencies between financial market infrastructures will create new resiliency challenges, writes Natasha de Terán.

Never before in the history of financial markets have so many depended so much on so few. Financial market infrastructures are playing a more central role in the financial markets than ever before, and the trend looks set to continue. The only caveat is whether this trend will be accompanied by a medium-to-long term consolidation of FMIs, or by their proliferation. But the evidence available suggests that, whether they multiply or merge, FMIs must proceed on the basis that they create international as well as merely national dependencies.

A dependency is of course a risk, and centralising those risks is only as good as the infrastructure which is built at the centre. So it is not surprising that the increased and growing dependency on FMIs is prompting questions about the advisability of concentrating risk in this way, and spawning a variety of principles, rules and regulations to manage those risks. Governance, ownership, membership criteria, operations and risk appetite are all up for discussion, scrutiny, review and, in some cases, alteration and upgrade.

The re-thinking of FMIs has twin aims: to ensure that they serve the broader market equitably and prudently in the good times and that they survive the not-so-good times without causing a major systemic crisis. The failure of an FMI would have wider consequences that spread far beyond its direct and even indirect participants. The collapse even of a small central counterparty clearing house, for instance, could bring the market that it clears to a complete standstill, particularly if it is the only clearer in that market.

The failure of a large CCP, on the other hand, could cause the collapse of other CCPs, as well as bring markets and possibly central securities depositories to a standstill. Much the same is true of CSDs, for that matter. The collapse of a Real Time Gross Settlement payment system could trigger the collapse not just of CSDs and CCPs, but the entire commercial life of an economy. Today – and, on current trends, still more in the future – the disruption of even one FMI could reverberate across the entire global financial system, from Moscow to Mumbai, and from Atlanta to Adelaide.

Interoperability between FMIs, and the risks that represents of spreading contagion between markets, is a longstanding subject of discussion. But even without inter-operability, electronic bridges and other forms of direct connectivity between FMIs, no entities are more inter-connected than the inter-connectors. Market participants rely on RTGS systems to make payments, CCPs to clear securities, money market and derivatives trades, and CSDs to settle securities transactions. Failure in one asset class in one market could spark failures to pay and deliver in another.

If the FMIs are that important, and the networks that link them that fragile, it is worth asking exactly how resilient market infrastructures are today. How sound are their day-to-day practices? What resources do they command? What protections do they offer users? FMIs do not set their operating criteria in isolation. They must adapt to the demands of their participants, as well as of national and international regulators. FMIs must also respond to innovation in the markets they serve and to enhancements in the power of technology.

It follows that resilience is not a static concept, but one that is in a constant state of flux. It is essential that the flux is progressive, and that FMIs are more resilient today than they were yesterday, yet not as resilient as they will be tomorrow. Until the publication in April 2012 by the Committee on Payment and Settlement Systems and the Technical Committee of the International Organisation of Securities Commissions of the 24 principles for the sound management of payment systems, CSDs and CCPs, FMIs tended to develop plans and procedures to ensure against their own failure in isolation from each other.

Understandably, FMIs view these stand-alone plans as differentiators in the competition for business from market participants and the approval of regulators. A “race to the top” in terms of resilience is impossible to deplore, and is certainly preferable to a “race to the bottom” in pursuit of new business. But, ultimately, FMI plans developed in isolation from each other cannot guarantee systemic immunity. They can insulate a single FMI and its participants from failure, but what if they achieve this only by putting another FMI and its participants at risk? FMIs tend to have competing products and common participants, so insulating users of one FMI from the effects of the failure of a participant can, paradoxically, export risk more rapidly to other FMIs.

Given these inter-dependencies between FMIs, the question arises as to whether more should be done at an industry-wide level to ensure the resilience of FMIs as a network, rather than focusing on the resilience of individual FMIs. If the answer to that question is affirmative, the next question is more difficult to answer. How can competing and time-constrained FMIs be persuaded to collaborate to ensure that the global network of FMIs is resilient? Are there areas of common interest so compelling that they demand FMIs put self-interest aside? Is it possible for FMIs to agree on best practices, and to apply those best practices intelligently across FMIs that differ widely in terms of location, activities and asset classes?

If that sounds improbable, there are precedents. Chief among them are the 24 CPSS-IOSCO principles, which apply across the FMI spectrum, with adjustments to take account of differences between payments systems, CCPs and CSDs, and to which all FMIs subscribe. CCP12, the global association of central counterparties, has agreed an Emergency Default Information Sharing Procedure. There is nevertheless ample scope for more knowledge and information to be shared across financial, technical and operational areas, and in disaster recovery planning. None of this comes naturally. If contemplating your own demise is unpalatable, having others discuss their survival in the face of your own dissolution is even more so.

Whether or not FMIs wish to contemplate the consequences of their own collapse, it is hard to argue against the proposition that it makes sense for them to share information about how they protect themselves against collapse, and how they will decide the sequence of any emergency measures, not least because it is impossible in the networked FMI industry of today for FMIs to die in complete isolation from one another. It is better to debate and discuss how to manage such a prospect now, rather than in the distressing circumstances of an unforeseen crisis. The system will not be resilient unless the FMIs themselves are safe and sound and capable of orderly resolution – not only individually, but collectively.